Mount Soma, Brian Kiloran (vocals/guitar), Keith Walsh (guitar), Conrad Coyle (bass/synths) and Aaron Carroll (drums), hint that their latest EP, "Nirodha", might very well be their last, the Dublin based band stating (via their Bandcamp album page) that "We struggle to exist as a band because life is complicated, so if this is our last transmission then let it be thus". We at Desert Psychlist hope that this hint does not become fact because to lose a band this intense, this intelligent and this damn good would truly be a crime. 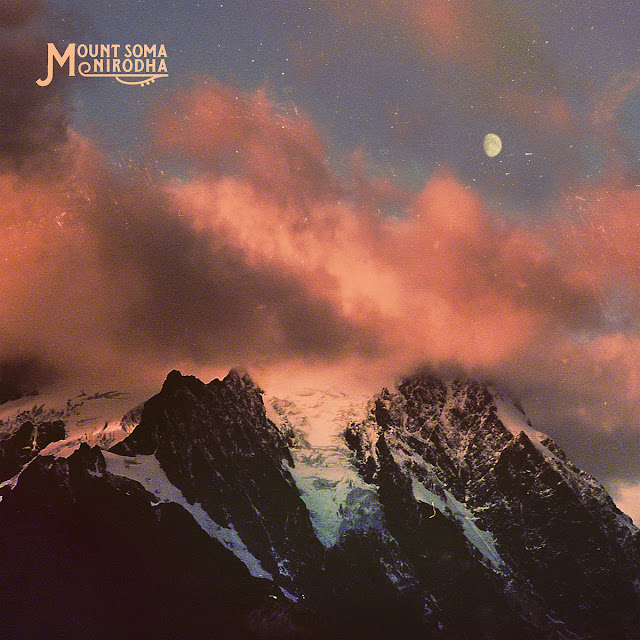 The brief sample of narrative and spacey whoops and swirls that serves as the intro into first track "Dark Sun Destroyer" may fool the casual listener into expecting some sort of Hawkwind(ish) space rock extravaganza but that notion is smashed to pieces when, like Thor's Hammer, Carroll's drums come crashing in and the band explode into a thick sludgy stoner doomic groove with Coyle's bass rumbling like an earthquake beneath Kiloran and Walsh's heavily distorted powerchords, riffs and solos. Kiloran, along with his guitar duties, also supplies the bands vocals and the man has a beast of a voice, deep, thick gravelled tones delivered with a force equal to the force of the grooves surrounding them. After a brief count in by Carroll "Emerge the Wolf" literally erupts from the speakers on a wave of low slung riffage and pulverising percussion with Kiloran almost shredding his vocal chords telling us of wolves, ancient woods and tangled thrones over a groove that is heavy, intense and just short of brutal. Last track "Resurfacing" begins its life hazy and atmospheric, a low rumbling bass line, coupled with heavily echoed guitar textures and tight solid percussion, sits beneath narrative telling, in hushed tones, of "electric cascades", "fractal explosions" and a "blue faced god", the songs groove slowly building in momentum and intensity until exploding into a huge sludge drenched, mid tempo, groove flecked with touches of prog-like complexity and heavy psych colouring, Kiloran returning to his usual bear-like roar to tell us of a fight to escape from a personal darkness, a "rebirth through suffering" 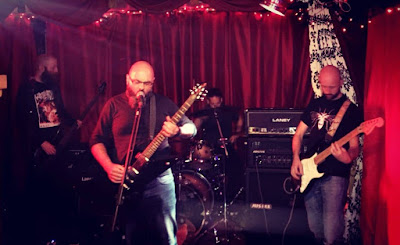 The depiction of rocky peaks, partially obscured by rolling red clouds, that graces the cover of Mount Soma's "Nirodha" seem very apt given that the music it serves has a very mountainous quality. When we say mountainous what we probably mean is "big" and despite only having three tracks "Nirodha" is nonetheless very "BIG" , big in intensity, big in sound and big in enjoyment.