Hardly has the ink dried (metaphorically speaking) on Desert Psychlist's review of a band we described as raising the doom standard to impossible new heights (Troll ~ Legend Master), than along comes one of the scenes big hitters and throws that same standard way out into the stratosphere.
Finland's Lord Vicar will not be strangers to those of you who follow dooms gore splattered flag but it has to be said the band have not exactly been overly active of late in the recording stakes, their last outing of note being 2016's "Gates of Flesh", however that has all changed with the release of "The Black Powder" an album that cements Lord Vicar's place as one of dooms leading lights. 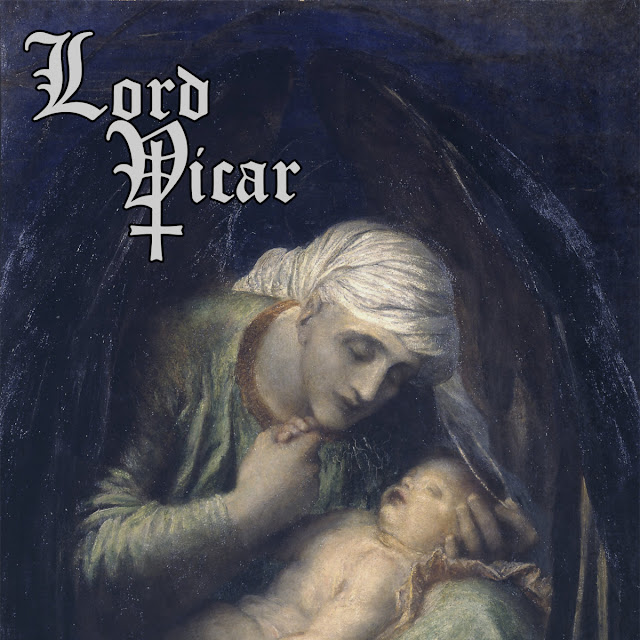 Desert Psychlist could give you a detailed breakdown of each and every one of the nine tracks that make up "The Black Powder" but you can find those easily enough on other review sites and why take the enjoyment out of you discovering these songs for yourselves, instead we'll try to give you our brief overall impression of "The Black Powder" as a whole.
"Black Powder" possess all those elements you would expect from an album that has its feet planted firmly in the decaying soil of the doomic genre, it is dank, cloying, atmospheric and in places a little creepy yet at the same time is also epic, grandiose and, despite its sometimes fatalistic lyrical content, strangely uplifting. One of the criticisms levelled at Lord Vicar's Swedish contemporaries Candlemass was that their latest album "The Door to Doom" was, in places, a touch like listening to a doom version of an Andrew Lloyd-Webber stage production, this is not so with "The Black Powder" here we have an album that reeks of doom, feels like doom and for all we know may even taste of doom. Dynamically Lord Vicar play, what we call in the UK, a blinder, it would be so easy for the band to travel down the musical paths of low slow and heavy but they evenly balance out their doomic dirges with grooves of a more upbeat, almost proto-metallic nature, for every gaping hole of depression, a shining white light of hope, for every "Sulphur, Charcoal and Saltpetre" a "Levitation". 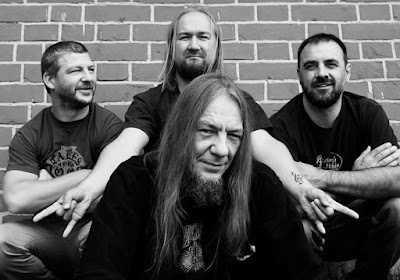 So there it is a brief and not overly detailed description of Lord Vicar's new album "The Black Powder", an album we, at Desert Psychlist, believe to be their best to date, an album that should be in every discerning doom fans music collection.
Check it out ….