Most of the UK bands Desert Psychlist has reviewed of late have come from the western fringes of the country, today however we travel to the middle of England and the city of Leicester for a four piece who have, with the help of three well received albums, steadily been building a reputation not only in the UK but also across the pond. That band are Mage, Andy (drums). Tom (vocals), Mark (bass) and Woody (guitar), four guys who despite having to deal with some issues during their five year tenure, both personal and business wise, are still bringing it to the table loud and raucous, something their fourth album "Key To The Universe" more than bears testimony to. 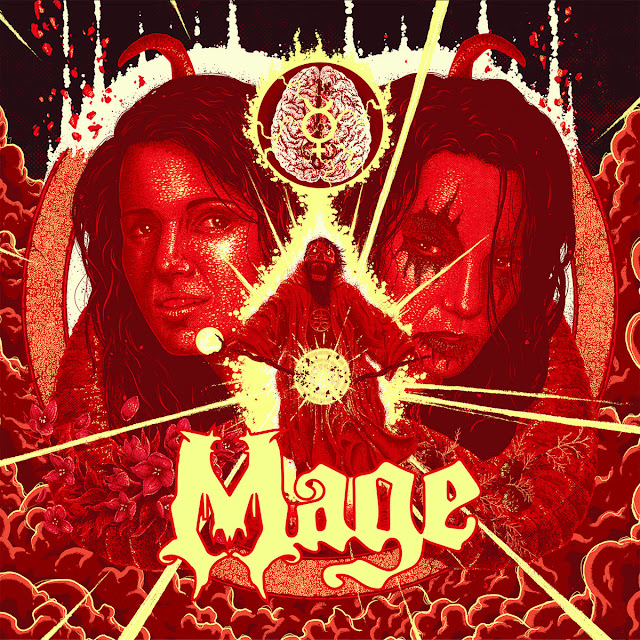 From the moment first track "Zen Blues" tears through the cones of your speakers with its huge wave of heavy blustering riffage and thunderous percussion you almost instinctively know you are going to love every single moment of the next thirty plus minutes, and you will! You will marvel at the swinging vocal melodies and swaggering hard rock grooves of "You Hate Speech", you while throw fist pumps to the air as you listen to the fractured shifting refrains of "Grind", you will feel real disappointment when the swaying, swirling "Black Totem" brings things to a close with its mix of stuttering old school heavy metal and proto-doomic bluster, and you will feel utter joy and elation when you realise just pushing play means you can hear it all again. 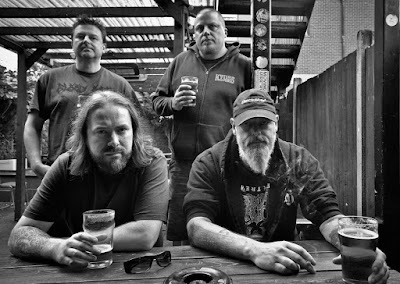 Desert Psychlist supposes you could describe Mage's sonic assault on the senses, with "Key To The Universe", as leaning towards the more metallic end of the stoner spectrum, their sound being a little too doomic and heavy to be associated with the Kyuss's and Monster Magnet's of this world and just a little less intense and leaden for it to be mentioned in the same breaths as say a Pallbearer or a Dopelord. Mage's sound sits instead somewhere in the middle of those dynamics, a crossroads where melody and intensity meet and amicably shake hands.
Check it out …..