Poland is a country with a strong reputation for producing bands that lean towards the darker end of the underground rock spectrum however the Eastern European country, that has given us monstrous grooves from the likes of Dopelord, Sunnata and Weird Tales, is not unknown for occasionally turning out bands of a more considered but no less intense nature. One such band is Stonerror, a four piece from Krakow, who have just released their second full length album "Widow In Black" 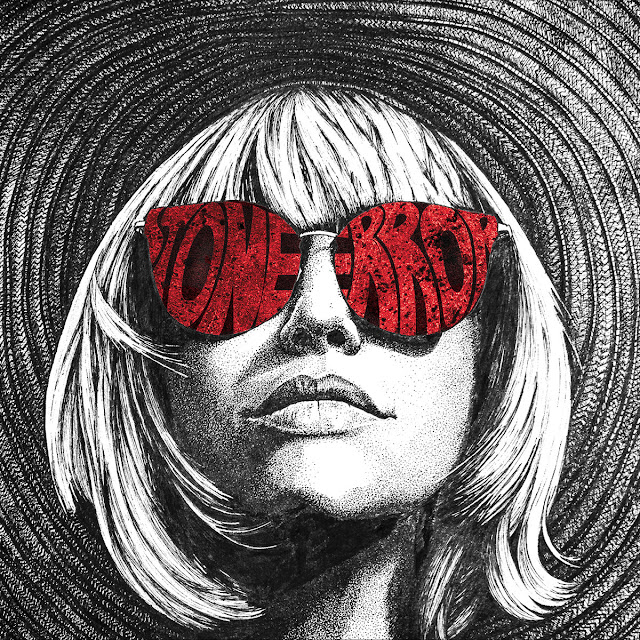 Stonerror. Jarosław Daniel (guitar), Jacek Malczewski (bass, vocals), Łukasz Mazur (guitar, lead vocals) and Maciej Ołownia (drums), call what they do " sexy psychedelic stonerpunk" which roughly translates to a sort of mish mash of QOTSA/Kyuss type desert quirkiness and 1000 Mods styled psychedelic grooviness that is balanced out by strong melodies and that thing the old jazzers used to call "swing". Stonerror's grooves are accessible and easy on the ear, a statement that may have you reaching for the off button expecting some sort of mainstream rock extravaganza but "Widow In Black" is far from being a radio friendly album, there is enough crunch,swirl and bite in these nine tracks to placate even the most hardened of stoners, doomers and psychonauts. "Fuzz drenched" is an often overused cliché when reviewing music of a stoner/desert bias but it is one hard to avoid when discussing Stonerror's musical attack as the grainy shades and warm tones these guys get out of their various pedals, both bass and guitars, is at times breathtaking and astounding especially when combined with the albums clean, clear vocal melodies and astonishingly insistent and effective percussion. From crunching opening track "Ships On Fire" right through to the mellow indie flavoured closer "Revelation" Stonerror make up for what they might lack in brutality with lashings of raucous addictive groove and an ear for a good melody. 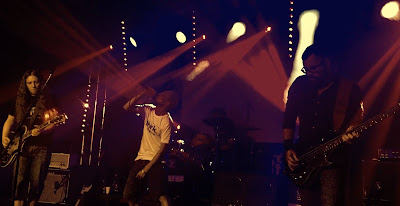 Whether you buy into Stonerror's description of what they do, on "Widow In Black", as "stonerpunk" or whether you just think that what they are doing  is nothing more than a raunchier. punkier take on stoner/desert rock it is nonetheless hard to deny (or resist) the quality of the grooves they have on offer.
Check 'em out ….