Some music was just made for listening to in a warm weather environment and "Seismic Vibes", the latest release from Brooklyn trio Sun Voyager, is the perfect soundtrack for long hot days spent beneath cloudless blue skies. 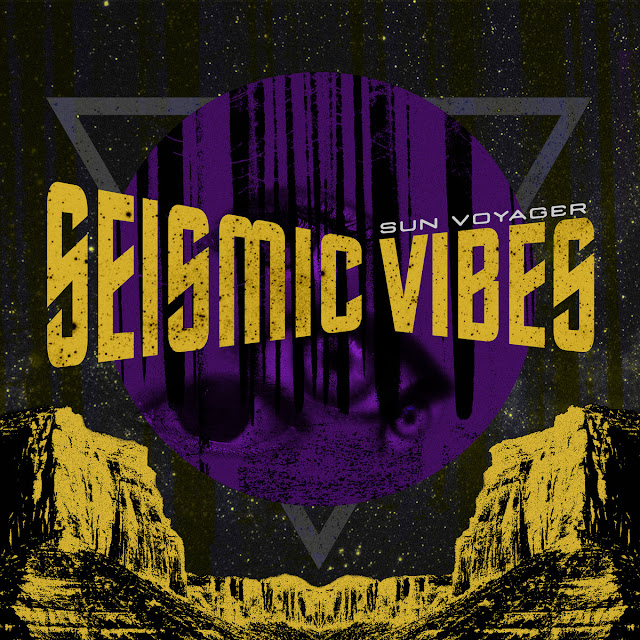 Ok Sun Voyager may have not set out with the intention of making a feel good summer album with "Seismic Vibes", especially as they pepper the album with songs with titles such as "Caves of Steel", "Stellar Winds" and "God Is Dead", but intentional or not that's how this album comes across. Even stranger is the fact that the warm weather vibe is not exactly reflected in the music, the band's musical attack is insistent and heavy (though not brutal) and is most definitely pitched at the more raucous end of the psychedelic spectrum. So what it is it about this release that makes you start thinking of putting on light clothing and taking a stroll in the warmth of the sun? Well it's all about the vocals, there is something totally smile inducing and life affirming about the hazy melodies and harmonies that are executed throughout "Seismic Vibe" that, when combined with the little twists of keyboard colouring and texturing throw in here and there, just seems to scream warmth and sunshine. Even when Sun Voyager are getting down low and slow on a doomic groove like "Psychic Lord" there is still that feeling that the clouds will part and the sun will come shining through despite all the dark gnarled riffage and pummelling rhythms the band throw at the song. 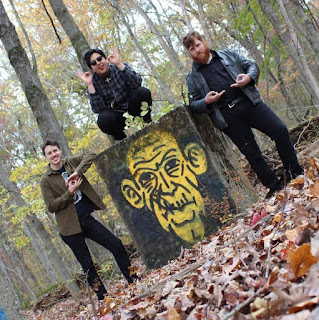 Sun Voyager's "Seismic Vibes" is this years feelgood hit of the summer, albeit a very gnarled and heavy one, they may not have meant it to be but what you intend and what you end up with are not always the same thing.
Check it out ....