Sometimes you need to live with an album before reviewing it, taking time to really appreciate its finer points, its nuances, shades and colours, really allowing it to sink into your psyche, to the point where you almost feel part of the music you are listening to. That is how it was ( and still is) with La Iglesia Atomica's latest release "Gran Muro de Coma" and why you the reader have had to wait until now to read Desert Psychlist's thoughts on it. 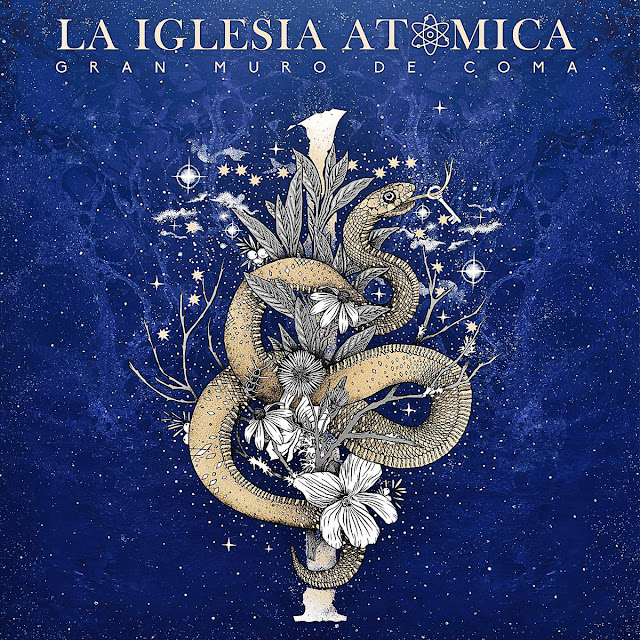 "Gran Muro de Coma" is a conceptual piece based around the continuing flight through the vast expanse of space of NASA's Voyager 1 delivered in three movements of exhilarating psychedelic rock. The first of these movements "Viajero" (English translation: The Wanderer) begins with a sample of  Voyager 1's launch countdown amidst a swirling backdrop of screeching dissonant guitar effects which is slowly joined by the bass and drums in a revolving and evolving hard rock/psych groove. The band continue along this path ,evoking in musical imagery Voyager 1's spinning trajectory out of Earth's orbit, until slowly shifting down the gears and moving into a more sedate and lysergic groove. Here is where things get really interesting with shards of splintered chordal guitar colouring chiming ,chirping and screaming over backdrops of liquid bass, intricate percussive patterns and textured keyboards, the band creating a swirling, swooping soundscape that places the listener in the driving seat of a craft that has no drivers seat. "Nube de Oort" (English translation: Oort Cloud) visualises in music Voyager 1's journey through that halo of icy objects, thought to be the source of many of the universes comets. There is a chaotic element to the grooves found here, an element of menace and danger befitting of the environments the music tries to portray, moments also of tranquillity and serenity that balance and buffer the songs intensity and insanity."Hijo del Sol" (English translation: Son of the Sun) closes the album and depicts in sound Voyager 1 coming face to face with the Great Wall of Coma, the supercluster of galaxies at the edges of our own galaxy, and presenting itself as an ambassador of our home star, our Sun. As you would expect from a track that depicts such an iconic event there is grandiosity and epic quality to the grooves to be found here, triumph, awe, confusion and apprehension are all portrayed in a series of shifting grooves that stretch from brutal to serene to funky all of which are executed with an astonishing level of musical vision and breath-taking musicianship. 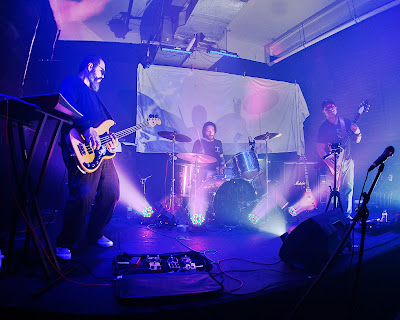 "Gran Muro de Coma" is an astonishing album put together by a band who have, like the space craft in this album, travelled a long, long way to get where they are today. So was it worth all the heartbreak and tears, breakups and reformations that La Iglesia Atomica have been through in their twenty year life span? Well on the evidence of this album the answer to that has to be a resounding YES!
Check it out ....