Those of advanced years may remember a little combo going by the name of Curved Air, if you are in fact too young to recall them Curved Air were (and occasionally still are) a prog rock/folk hybrid fronted by a stunning vocalist named Sonja Kristina. Although Curved Air never really set the music world alight they did manage to garner a hit single in the shape of "Back Street Luv" (1971) which reached a quite respectable #4 in the UK singles charts. Now you may be wondering why Desert Psychlist is mentioning a 70's cult band in a review concerning a Swedish band formed in 2014, well the answer is simple Spiral Skies have picked up Curved Air's prog/folk baton and are currently running your way with it and if your not convinced then give their latest album "Blues For a Dying Planet" (AOP Records) a listen.. 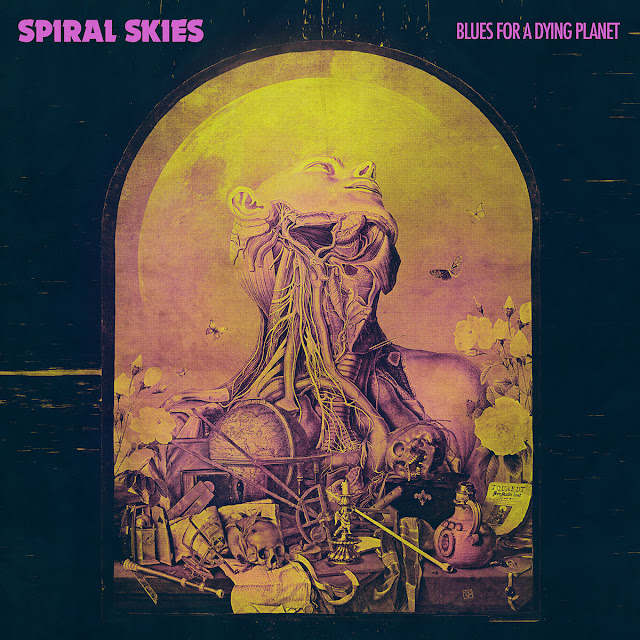 Desert Psychlist doesn't know whether Eric (bass), Daniel (drums), Jonas (guitar), Dan (guitar) and Frida (vocals) used Curved Air's mix of prog complexity and folkish whimsey as the blueprint for their sound or if they are even aware of their British counterparts existence but it is hard, if you've heard both bands, not to make a comparison. If ,however, you are coming to this review with no prior knowledge of Curved Air, or for that fact Spiral Skies, then your in for a treat on both scores.
Let's begin with the voice up front and centre stage of Spiral Skies sonic attack, a voice that carries with it imagery of floral dresses and straw hats yet is supported by a musical backdrop that screams black leather and spandex. Frida's vocals soar and swoop over the intricate and complex grooves executed beneath them yet you could not describe her vocals as ethereal or waif like, her strong powerful voice possessing a folky grittiness that is perfectly in tune with the retro(ish) grooves they decorate. Those grooves come at you from a good number of directions with stoner rock, hard rock and their well dressed cousin classic rock all represented here in one form or another, but it is that mix of prog and folk which is the overriding factor that pulls them all together. Jonas and Dan's guitars weave an intricate web of scorching Celtic flavoured solo's and harmonies, chunky powerchords and delicate arpeggios in and around Frida's vocals while underneath Eric and Daniel keep things grounded and on point with big growling bass and solid but flexible percussion, all five members combining to create a truly glorious, if not totally original, cacophony. 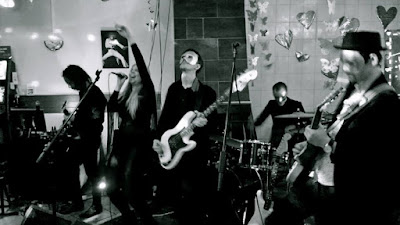 If the words Sweden, Celtic, harmonies and retro have not already got you reaching for the buy button for "Blues For A Dying Planet" then consider these words instead AWESOME, SUPERB and ESSENTIAL
Check it out ….