The definition of a riff according to the Oxford Dictionary is ..."a short repeated phrase in popular music and jazz, typically used as an introduction or refrain in a song". That definition, although correct, seems a little dismissive and throwaway for something that is more or less been the heartbeat of every rock, blues and pop song ever recorded. No genres of music have been more reliant on "the riff" than those at the more heavier end of the rock spectrum, especially those bands working within the metal, doom, stoner and hard rock arenas where the power of the riffs are almost as important as the songs they reside in.
Edmonton, Alberta trio Highbernation, MJ (drums), MR (guitar/vocals) and RG (bass) may prefer to hide their identities by using just initials but they certainly know a thing or two about laying down a riff having filled their debut release "Highbernation" with a ton of them. 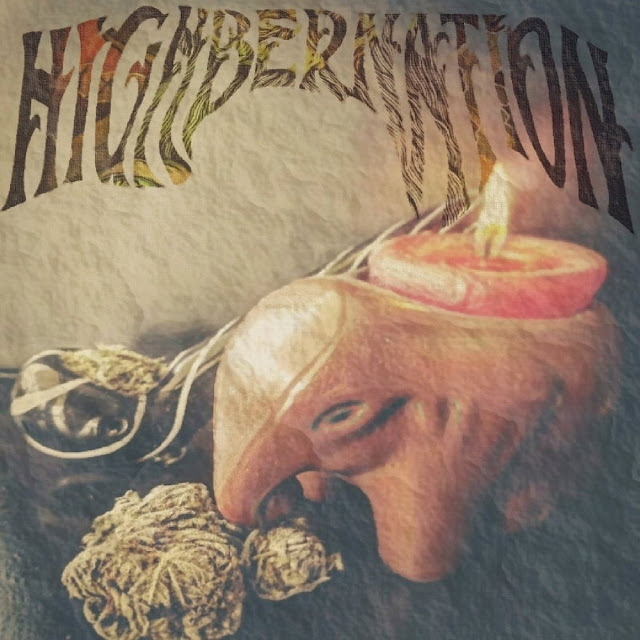 Highbernation refer to their particular sonic groove as "reefer fuelled doom metal", stating their influences as stemming from such stoner doom luminaries as Sleep and Electric Wizard. It is not hard to hear elements from both those influences mentioned manifesting themselves within the three songs the band present here but this is not to say Highbernation are copyists. Highbernation are a band who like to riff, a band who believe if a riff is good enough then it doesn't matter if it consists of two notes or ten they are going to play it until fingers bleed and  muscles disintegrate and in this respect their are similarities but where Highbernation differ from their contemporaries is in the subtle psychedelic nuances they scatter around their mix of slow to mid paced riffage. Those nuances and lysergic hues present themselves both in MR's vocal execution and his occasional (and here we DO mean occasional) lysergic guitar solos, his strong, slightly gothic vocal tones, delivered with a hint of reverb, giving first two songs "Uncle Indica" and "Motherfuzzer" an almost ethereal feel despite the heaviness brought to the table by RG's monsterous bass lines and MJ's thundering percussion. On final track "Wasted Faith" the band allow us a peak at another side of them, the trio hitting into a groove that is just a little less stonerized and a lot more doomic and one that sees MR tailor his vocals accordingly, losing the reverb that gave his voice its ethereal quality and adopting a more traditional doomic tone. The songs ten minute plus span also allows the band to experiment a little, throwing a brief but delightfully executed lysergic section into the mix as well as some Sabbath-esque time shifts and tempo changes. 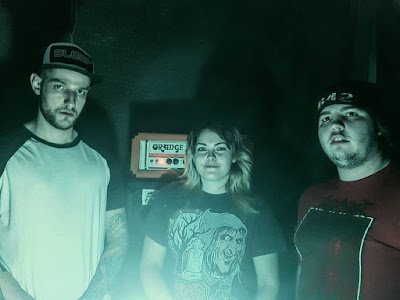 "Highbernation" shows a band who although may not be quite the finished article yet (there are a tad too many rough edges for that) nonetheless exhibit a high level of potential and promise for the future, a band worth keeping our eye on.
Check it out .....