Some avid Desert Psychlist readers may remember us reviewing an album entitled "Into the Dunes of Doom" released, last year, by Brazilian combo Gods & Punks, an intriguing collection of songs that blended elements of space and psych with those of a more stoner/hard rock flavour. Well the band are back with a brand new three song EP entitled "Ceremony of Damnation Pt. 1" the first instalment of what the band promises is an ongoing project. 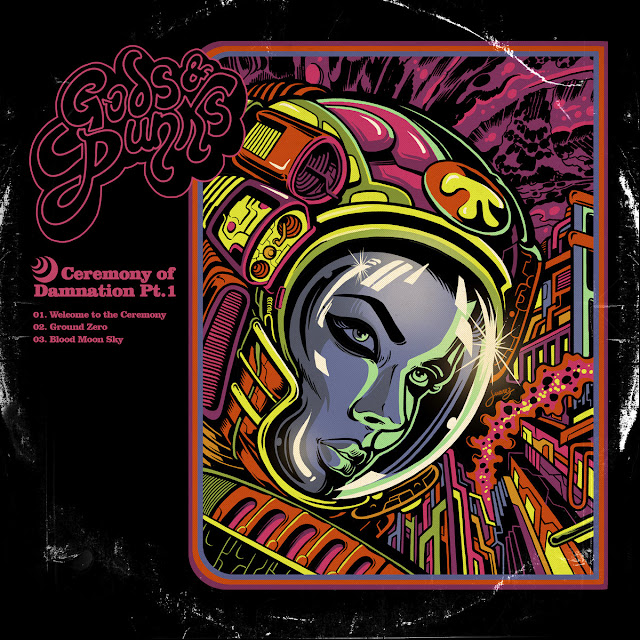 "Ceremony of Damnation Pt.1" finds Gods & Punks shifting a little away from the desert fuelled doom roots of their previous release and moving towards a darker more complex musical dynamic, the band ramping up both the proggish and doomic aspects of their sound and experimenting with various levels of depth and texture. These levels reveal themselves almost immediately on the excellent opener "Welcome To The Ceremony", vocalist Alexandre imploring us, in helium pitched tones, to "step inside the tomb" and "worship the light or burn in fire" against a backdrop of grinding riffage, rumbling bass and pulverising percussion. Next track "Ground Zero" steps even closer to the edge of the abyss with a slow reverberating guitar intro that is then joined by the second guitar, the bass and the drums in a stone crumbling doomic groove that then subsides to allow the vocals to enter. The songs lyrics deal with a more personal themes like relationships and pain and the music reflects those themes in its undulating execution, brutal and heavy one moment mellower and more reflective the next. Final song "Blood Moon Sky" hits almost immediately into a raucous and fuzzed stoner refrain only pausing for the vocals before then taking off again. At just under the three quarter mark the song embarks on a enthralling ride through stoner and doom territories the band shifting back and forth between hard rock bluster and doomic devastation before finally finishing with a quick sprint over water, a Dick Dale type surf guitar motif taking things to the close. 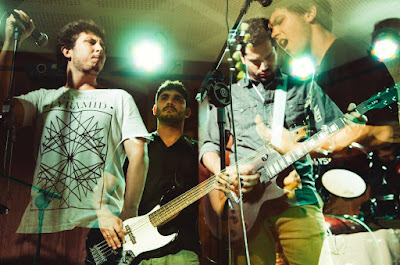 Dark themes make for dark music and Gods & Punks are most definitely exploring a side of themselves they have not visited musically before on "Ceremony of Damnation Pt.1", whether this is a direction they want to pursue with subsequent releases only time will tell but until we find out lets enjoy their pain
Check it out ….