Desert Altar, Piper Neddenien (vocals), Michael Potts (guitar), Zach Snowden (guitar), Ed Fiero (bass) and Mike Arjona (drums), a doomic five piece with occult rock leanings from Richmond, Virginia, state their intentions as wanting to "make America riff again". Well if the bands first, self titled, album. "Desert Altar" is anything to go by then they are off to a great start. 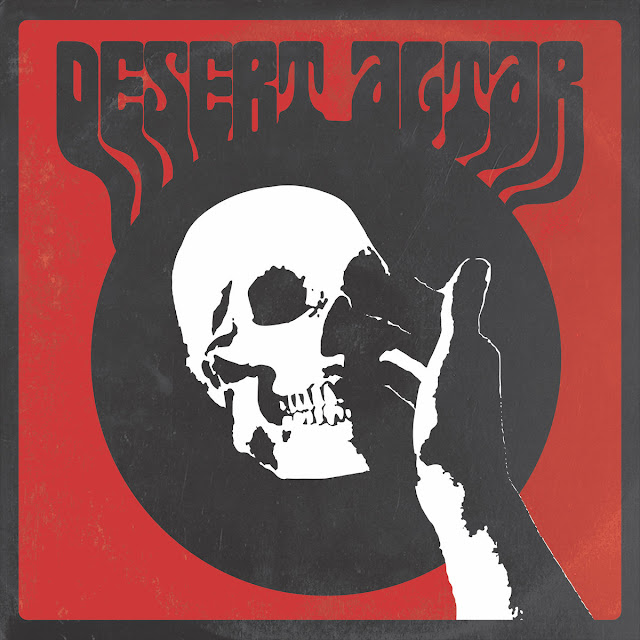 Richmond, Virginia may not be known for its deserts but that hasn't stopped Richmond residents Desert Altar from peppering their songs with references to those hard, unforgiving expanses nor, in fact, from using the word "desert" in their name. It has to be said however that apart from their name and those scattered references "Desert Altar" is an album that conjures up images of mist shrouded castles and dark looming mountains rather than rolling dunes and endless vistas, the music and lyrics contained within its grooves having a very doomic, occult quality. Desert Psychlist was trying hard not to make comparisons with other bands from a similar sound spectrum in this review but elements of Blood Ceremony's occult/horror scores and The Devil's Blood's satanic grooves all make their presence felt here. Piper Neddenian sings songs of loss, longing and old magic across backdrops of thrumming dark riffage and thundering rhythm, her strong, clean and clear tones not so much soaring above the dark cacophony beneath them as floating majestically atop it. Neddenian's soulful vocal outpourings are superbly supported throughout the album by a band of tight and highly skilled musicians with Fiero's bass and Arjona's drums supplying the meat and potatoes of rhythm and groove that drive each song while guitarists Potts and Snowden supply the seasonings and spices that decorate them. 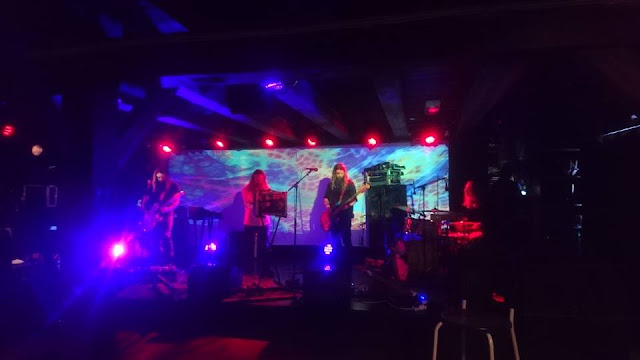 "Desert Altar" is a stunning debut from a band who are just starting to climb the ladder and if this a snapshot of what is to come it will not be long before these guys are sitting at the top table with their contemporaries Blood Ceremony, Kroh and Devil Electric who work in a similar doom/occult rock arena.
Check 'em out ....