Well Christmas is all but over and the New Year is looming on the horizon but December (2017), a month notorious for its lack of releases, has delivered in spades this year with some of the scene's biggest hitters and those that are not so well known churning out some real late gems.
Weird Tales, from Warsaw Poland, are one such band to make a late charge for our attentions, the band,  releasing a three song opus of gnarly riffage and lysergic heaviness flying under the collective banner of "Shiny Void". 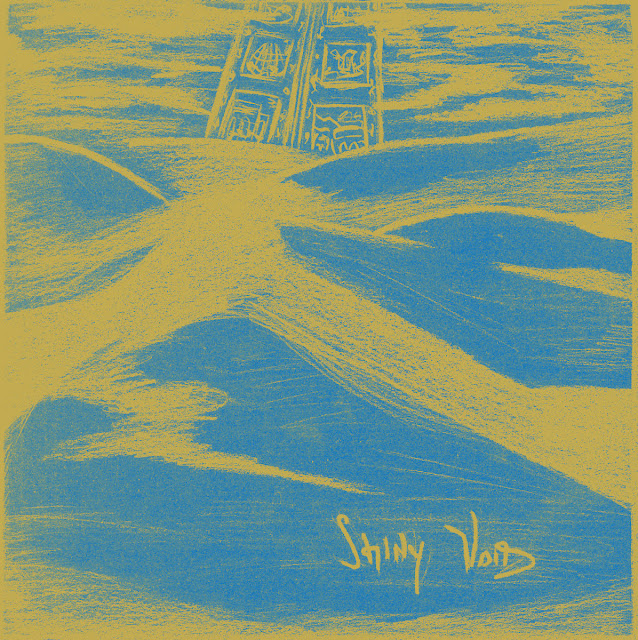 Doom, dark and dank is the name of the game where Weird Tales are concerned but unlike their Polish counterparts Dopelord, who plough a similar doomic furrow, Weird Tales lean towards a more space/psychedelic dynamic where thick heavily phased guitars, supported by throbbing bass and pounding percussion, sporadically burst into searing lysergic solo's. Add into this equation vocals that have a haunting, ethereal quality and you begin to realise that Weird Tales are much more than your typical doom band. Take for instance first track "Easy Riding", an instrumental where the listener is presented with low.slow riffage, phaser pedal dialled to destruction, that lurches and groans under the weight of its own heaviness, the song shifting back and forth through a  series of differing dynamics, time and tempos as it drags itself along. Then suddenly out of nowhere a ray of sunshine suddenly breaks through the gloom and we are briefly thrown a moment of quiet ambient solace only for the clouds to, just as suddenly, draw in and plunge us back into the abyss. "Mirage" also uses that same ambience hinted at in the previous track only this time to open it's account. Glistening arpeggios picked over a loose liquid bass line and shimmering percussion pave the way for those haunting vocals mentioned earlier, their introduction giving the song an almost gothic vibe, well that is until the hammer goes down and the band explode into a heavy doom groove with the vocal delivery following suite. Around the midway mark things start getting a little lysergic with scorching lead guitar swooping and swirling over a heavy wash of distorted bass and pounding drums that gradually increases in speed before coming to a screeching conclusion. Final number "Rise" once again begins serene and gentle then as on the previous track explodes into a sprawling doomic groove this time with the vocals ,still ethereal and gothic, taking on a more traditional doom meter. The songs groove shifts mid song into a slightly more proto-ish groove with the guitarist injecting  Iommi-like guitar colouring into his solo before the band as a whole shift things back into the songs heavy doom laden refrain and then close out as they began in gentle serenity. 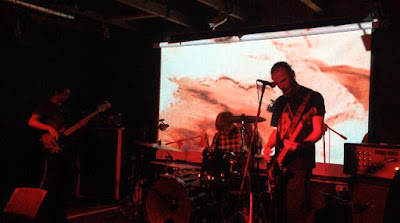 It has to be said that "Shiny Void" is not an album that hits you between the eyes and demands your attention from the off, this is an album that needs to be lived with for a while before its charms become glaringly apparent, burrowing into your psyche more by stealth than by direct attack, gnawing at you until you finally relent and accept it for what it is...damn fine doom with a sting in its tail!
Check it out ....