Slovenia might not yet be one of the "go to" countries for underground music but there is a small yet thriving scene taking shape in the Central European republic. One band attempting to break out of that scene and make a name for themselves further afield are Medo..,Seba..and Aris..otherwise known as Omega Sun, a trio from Koper who have just released their debut album "Opium For The Masses" 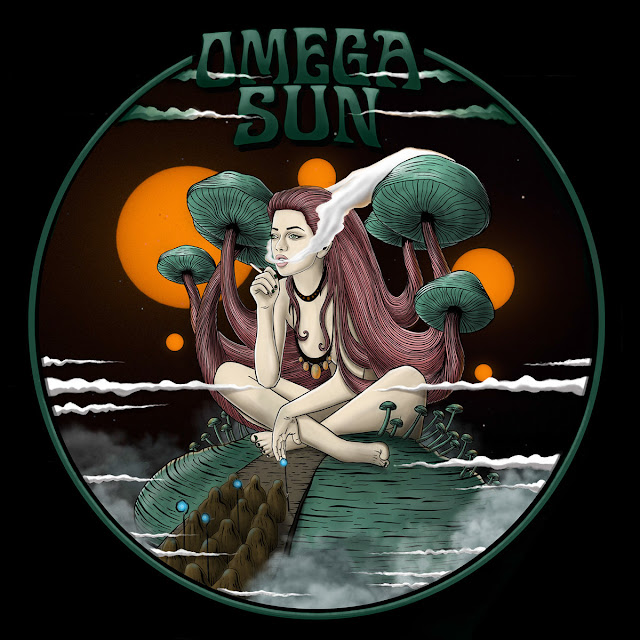 Although sitting quite comfortably in stoner/desert territory, due to its heavily fuzzed guitar tones and throbbing, muscular rhythmic grooves, there is nonetheless an air of old school classic/hard rock to be found swirling over and around the six songs that make up "Opium For The Masses" thanks in part (a large part) to its strong clean vocal attack. Bassist/vocalist Medo harnesses a vocal tone not dissimilar to that of Kyuss front man John Garcia and combines it with the feral power of late Soundgarden/Audioslave's Chris Cornell ,this when combined with his thunderous bass lines,Seba's solid, insistent percussion and Aris' superb deep toned guitar riffs and solo's, makes for a compelling mix that although owing a huge debt to those dusty grooves born in the deserts of the USA has a charm and uniqueness all of its own. 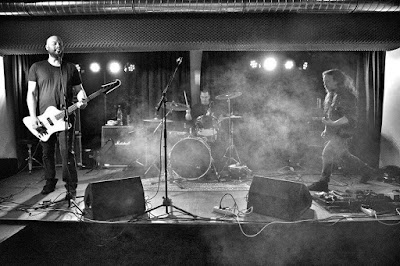 If you like your grooves Kyuss-like with a touch of 70/80's hard rock vocal swagger then you can't go far wrong by taking "Opium For The Masses" for a spin.
Check it out ....