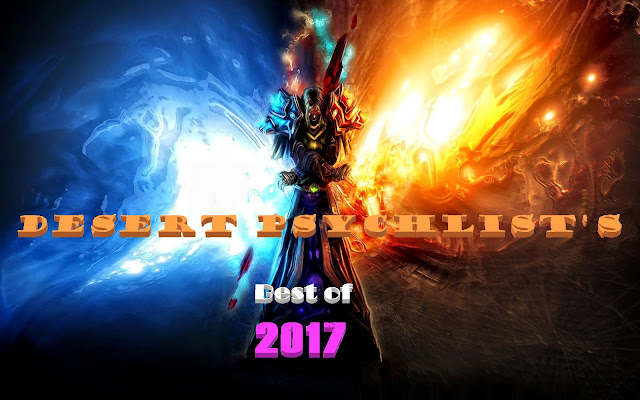 Just as 2016 topped 2015 for great releases within the genres and sub-genres of the underground rock/metal scene so 2017 has done the same to its predecessor 2016. Here are Desert Psychlist's picks of the year, you, the reader, will probably have your own list which will differ dramatically from ours but that's ok our #1 maybe your #25 or maybe will not appear in your list at all but as long as we are supporting the music and getting behind our favourite artists these lists don't really matter, its all a bit of fun! 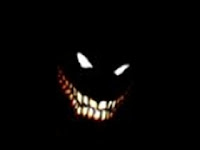 30. Vokonis ~ "The Sunken Djinn"
Vokonis, have not sat idle bathing in the glory of their achievement with "Olde Ones Ascending", these hairy purveyors of the raucous and heavy have returned with an album that not only matches the intensity and heaviness of that album but one that surpasses it.

28. Evoke Thy Lords ~ "Lifestories"
Awesome stoner doom from the Russian Federation's Evoke Thy Lords a band who blend their heavily fuzzed grooves with moments of startling sweetness and beauty.

27. Greenbeard ~ "Lodarodbol"
When Greenbeard first appeared on the scene it was hard not to  make comparisons with Kyuss and QOTSA and although there are still similarities to be found with those two iconic Josh Homme bands, Greenbeard have, with "Lòdaròdbòl", found their own niche, their own sound and it's one you should all hear.

26. Howling Giant ~ "Black Hole Space Wizard Pt 2"
Doom, rock (both stoner and hard), psych, heavy metal and prog are all touched upon as the band take you on  journeys both musical and metaphysical, telling their tales of time and space, cause and effect against a backdrop of deliriously diverse soundscapes.

25. Sumokem ~ "Guardian of Yosomite"
Imagine, if you can, a cross between the prog-ish metal of Opeth and the equally prog-ish sludge of Mastodon sprinkled with a touch of stoner swagger and a pinch of heavy metal thunder and you might just arrive at the sound of Sumokem's "The Guardian of Yosemite".

23. Blues Funeral ~ "Awakening"
Prog is alive and well, it maybe not as you remember it back in the days of capes and dry ice but Blues Funeral, with "Awakening", have shown that you don't have to be overblown and overwhelming to show off your musical chops and that "there is still life in the old prog yet"

20. Hela ~ "Death May Die"
Hela return to us with probably their best release to date, delivering unto the multitudes some of the damn finest grooves of prog tinted metal and atmospheric occult/doom you, the listener, are likely to hear this side of Christmas!

19. Owl Coven ~ "Cosmic Void"
Atmospheric and strangely spiritual "Cosmic Void" is a superb debut from a band who are unafraid to bring a little social commentary and self analysis to a genre of music renowned for its obsessions with the macabre and dismal, and that alone deserves our applause.

18. Cybernetic Witch Cult ~ "Troglodithic Trip"
First things first... Cybernetic Witch Cult's "Troglodithic Trip" is not exactly a brand new album,containing as it does songs previously released on the bands iconic demo "Morelock Rock" plus two brand new recordings. The band have re-worked re-imagined and re-recorded four of "Morlock Rock's" strongest cuts  and in doing so have re-invigorated them both sonically and dynamically for a new audience.

17. Fall Of A Empire ~ "Croweater 2: The Last Wishes of Kings"
Fall of an Empire return with part two of their Croweater saga. If you were party to part one you'll know to expect phenomenal grooves of proggish hard rock married to stoner/desert grooves all coated in superb vocals

16. Sasquatch ~ "Maneuvers"
As good as, if not better, than anything they've recorded to date "Maneuvers" is an album that should at last see Sasquatch garner a wider audience of new fans as well as delighting those legions of fans who have been there from day one.

15. Sun Dance ~ "Manitou"
Sun Dance with "Manitou", deliver a true masterclass in how to evolve as a band, the slightly "street vibe" the band adopted on "Valley of Fears" has taken a back seat on this release and been replaced by a more forceful stoner feel, still as metallic but with a stronger focus on dynamics and texture

14. Savanah ~ "The Healer"
Molten grooves of doom, desert and psych

11. Dr. Colossus ~ "The Dank"
Stonkin' stoner grooves coated in Simpson's themed lyrics, sounds gimmicky but believe me when I say these are some rad grooves.

09. Forming The Void ~ "Relic"
Forming The Void have taken things to the next level with their new album “Relic” filling every nook and cranny of its eight songs with a dark, and at times mouth dropping. array of deliciously dank lysergic groove all furnished in swathes of slow, low  distorted guitar riffage, brutal thrumming bass and earthshaking percussion.

08. Attalla ~ "Glacial Rule"
Move all the breakables from your place of listening because when this hits your speakers your gonna wanna jump around like wallaby on uppers!

07. Dopelord ~ "Children of the Haze"
Dopelord's third album and by far their best to date!

06. Elder ~ "Reflections of a Floating World"
Exhilirating,astounding, mesmerising and every other "ing" you could possibly care to mention

05. Nekromant ~ "Snakes & Liars"
Sabbath-esque but so much more than just Sabbath worship "Snakes & Liars" is an album that will be there or thereabouts on many of those end of year lists come December.

03. Otehi ~ "Garden of God"
The mighty Otehi return to our ear canals with six choice cuts of lysergic groove guaranteed to blow your mind to smithereens!

02. The Necromancers ~ "Servants of the Salem Girl"
Elements of NWOBHM, stoner styles both doom and metal as well as a healthy sprinkling of prog metal and post rock make this essential listening.

01. Ordos ~ "House Of The Dead"
As their Bandcamp page blurb would have us believe Ordos, Emil (vocals), André (guitar), Gustav (guitar), Martin (bass) and Max (drums), from  Uppsala, Sweden, were born out of the demise of another band. If this is indeed true then the fates must take a well deserved bow as the resulting mix of heavy stoner doom, black-ish metal and brutal Swedish groove that can be heard on the bands second full length album "House of the Dead" (Moving Air Music)  is truly something to savour and be thankful for.


#Special mentions for Shadow Witch's "Disciples of the Crow" and Catapult The Smoke's "Born Again" both of which were released after Desert Psychlist's self imposed deadline and both which  had they been released earlier may very likely have made the list.

Right that was Desert Psychlist's "best of" list for 2017 and we will no doubt be beating ourselves up at a later date for omitting this or that album but hey that is the nature of this game. Desert Psychlist would like to thank all the bands/artists, record labels and PR firms for considering us worthy enough to promote their material/clients, my fellow bloggers, youtubers and podcasters for their unwavering support and Kyrre Bjurling for the awesome artwork he created for this blogs header.  Most of all we would like to thank the readers for checking us out and going on to support those bands we have recommended .... 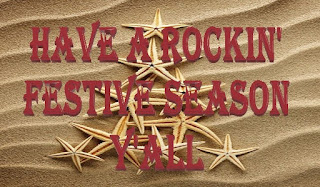 Posted by Desert Psychlist at 06:55