Sometimes a band appears and manages to cut a swathe through all the bullshit of genres and sub-genres by just delivering good old fashioned, well structured, superbly written and arranged rock songs and in doing so manages to unite fans of all the genres of metal and rock under one flag.  Shadow Witch, from Kingston, New York, are one such band, the collective of David Pannullo (bass), Doug "Beans" Thompson (drums), Earl Walker Lundy (vocals, mellotron, samples) and Jeremy H. Hall (guitars) have created ,through a combination of sheer hard work and determination and after only one previous album "Sun Killer", an unprecedented air of anticipation among the underground rock community for where their next album may take them. Well with the release (December 15th 2017) of "Disciples of the Crow" ( Salt of the Earth Records) we can now find out! 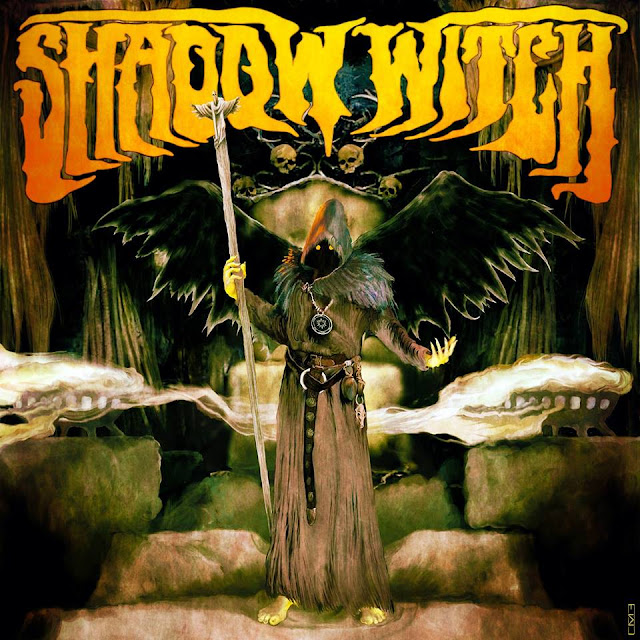 "Love Could Be Like This" kicks things off and finds Shadow Witch delivering the goods with a song that is a little bit galloping NWOBHM, a little bit soulful hard rock and a whole lot enjoyable. "Older than emeralds am I, darker than shadows at night" sings the vocalist over a backdrop of insistent rolling rhythms and a mixture of crunching powerchords and neo-classical shredding, the band coming together to hit a perfect balance between that which is heavy and that which is soulful . The song exemplifies superbly Shadow Witch's "modus operandi" of serving up grooves that have the ability to traverse genres, like Sweden's Spiritual Beggars did, and continue to do, Shadow Witch fill that void between fuzzy stoner/hard rock and traditional heavy metal with the band hitting a groove on songs like "Cruel","Stranger Skies" and "Beneath The Veil" that, in places, could be described as something akin to Iron Maiden jamming with (Mark III) Deep Purple. This is not to say Shadow Witch are unoriginal or retro just that they use what's available from both the past and present to create something new yet still pleasingly familiar, utilising what has gone before with what is here and now to the utmost effect. 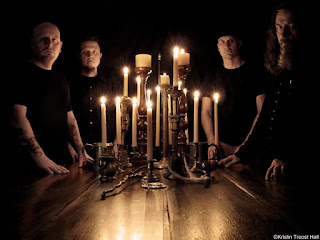 Not wishing to go over old ground but the description that Desert Psychlist gave when reviewing Shadow Witch's last opus "Sun Killer", of them being a band who encompass all aspects of  rock's vast cannon, once again rings loud and clear throughout every one of the eight gloriously addictive songs on "Disciples of the Crow", this is an album you truly MUST...check out....

Big thanks to Leanne Ridgeway at Mettle Media PR for promo materials
Posted by Desert Psychlist at 09:34