There seem to be a new genre on the block, or so Kentucky's Smoke Healer would have you believe, and that genre is "smoked metal" funny thing is, so far, there only seems to be one exponent. Dan Ryan (Vocals),Chris Brown (Guitar), Jake Stone (Guitar), Brooke Smith (Bass) and Mike Hamm (Percussion) are Smoke Healer a band who have accrued a small but dedicated following since the release of their self-titled debut "Smoke Healer" in 2015.The band are hoping to enlarge on that following with the release of their latest offering "Highway Meets The Sky". 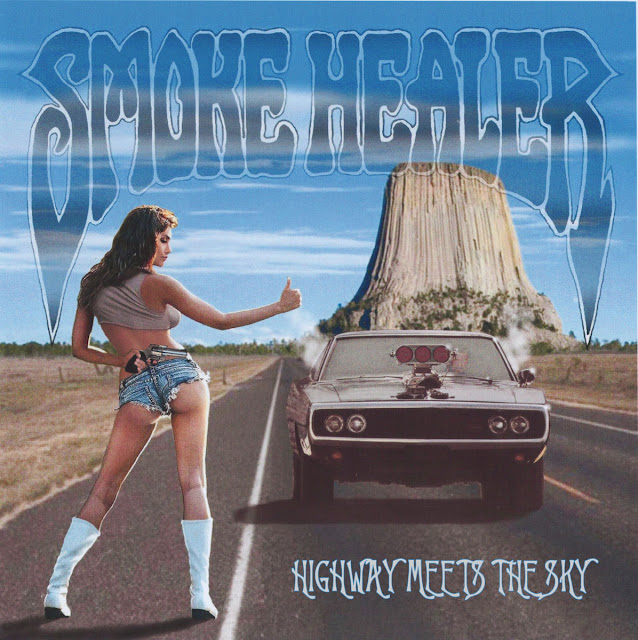 Those nay-sayers who have a down on 70's inspired hard rock and metal (yes they do exist) may need to stop reading now as "Highway Meets The Sky" is an album unabashed and unashamed to strut its 70's credentials. Those that stick around though might find themselves reading about a little gem that although influenced by the past is not defined by it. Smoke Healer are a band who write songs, not vehicles for riffs, though there are plenty to be found here, good old fashioned songs with intro's, verses, choruses, bridges, and outros and into these unfashionable song structures the band inject swagger, swing and attitude as well as some damn fine musicianship. To say that these songs rock would be an understatement, from first track "Fungustus Villa" through to the Tarantino inspired last track "Death Proof (Hell On Wheels)" Smoke Healer propel you on journeys that take in hard rock bluster, stoner fuzz and old school metal all sprinkled with a liberal dose of South Eastern swagger. Thick riffage, soaring solo's, galloping bass lines and punchy percussion are all topped off by clean, clear vocals that are imbued with just the right amount of Kentuckian grit and gravel to give the six songs that make up "Highway Meets The Sky" a real organic feel, something that can't be described in words but can certainly be felt through the music. 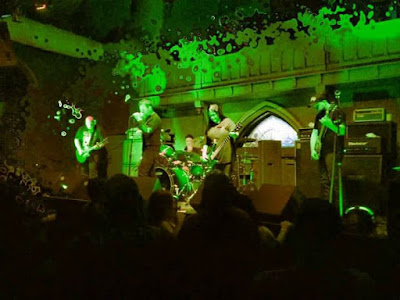 "Highway Meets The Sky" is an excellent release that hopefully will see a few more of those who appreciate a good groove flocking to their flag. If your looking for a sound occupying a middle ground pitched somewhere between Greece's Planet of Zeus and Maryland's Clutch then you can't go wrong with Smoke Healer.
Check 'em out .....

Posted by Desert Psychlist at 15:12