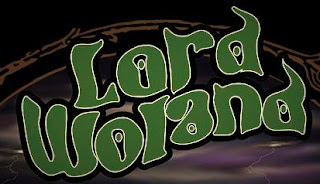 Glauco Fantini (bass and vocals),Nicola Girella  (guitar) and Francesco Angiolini (drums).are Lord Woland a three piece stoner/hard rock band hailing from the Italian town of Bolsena.
Formed in December 2014, the band have been gigging around Italy sharing stages with such underground luminaries as Gorilla Pulp, Banquet and Electric Taurus, among others. The band recently signed a deal with Irish record company Mother Fuzzer Records and are about to release their debut EP "Below" 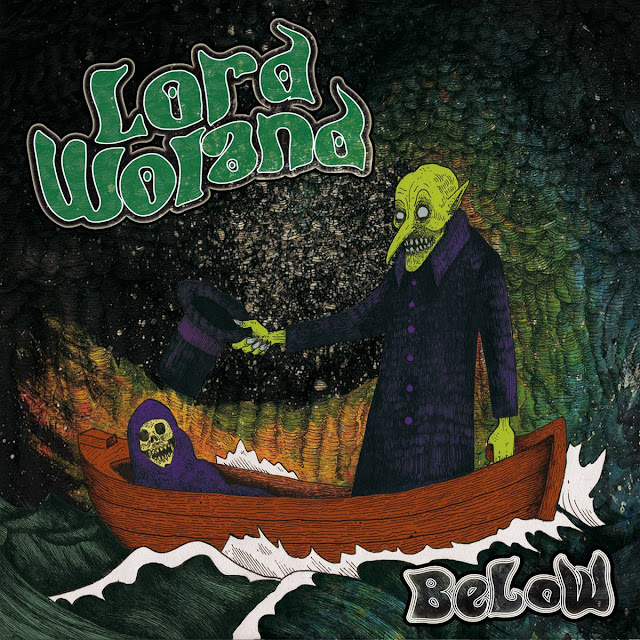 "Abra Cabala" opens "Below" with a dark doom drenched refrain , all plodding heaviness and pounding rhythm, then suddenly morphs into a straight ahead stoner/hard rock groove that sees Girella laying down a gloriously catchy guitar riff over Angiolini and Fantini's thunderous wall of rhythm. Fantini as well as laying down gnarly bass also supplies vocals his ,voice strong and distinctive, leaning more towards the classic/hard rock spectrum than many of his stoner contemporaries giving the song (and the rest of the EP) an authentic late 70's heavy rock vibe.
"Woland's Hall" is up next and sees Lord Woland injecting a little bluesy swagger into their fuzz drenched stoner/desert grooves albeit mixing in a little lo-fi doominess into proceedings along the way. Girella delivers a thick crunchy fuzz drenched riff interspersed with scorching bluesy solo's superbly backed up by Angiolini's dexterous percussion work and Fantini's big booming bass and vocals.
"Rotten Apple" ramps up the 70's feel to eleven with a storming groovathon of blues drenched hard rock riffage replete with wailing, wah drenched lead guitar breaks underpinned by a gnarly bass lines and thundering drums and filled out with a strong vocal.
"Gloominade" throws the listener a curveball by moving away,  but only slightly, from the bluesy, late 70's. hard rock shock and awe of the previous tracks and taking on a more late 60's early 70's psychedelic rock groove. Fantini's vocals, slightly laid back and mellow, are backed up by his deep thrumming bass lines, combining with Angiolini's thundering percussion to create a deliciously dark lysergic groove that is further enhanced by Girella's sharded guitar chords and lysergic solo's.
Whether your a devotee of fuzzed to the max heavy stoner riffage delivered with attitude over hard driving rhythmic muscle or your an old rocker with a penchant for crunching 70's hard rock with psychedelic colouring then "Below" is an EP that will tick all your relevant boxes.
Check it out ......

Posted by Desert Psychlist at 11:12