German label H42 Records are to release a limited 7" split between Oxford stoners Desert Storm and Swansea groovers Suns of Thunder. The split will be released  April 29 on a variety different coloured vinyl with corresponding artwork, details of a digital release have not been announced. 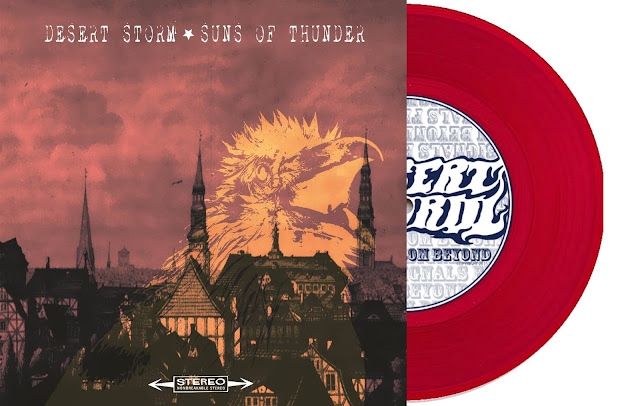 Desert Storm kick things of with "Signals From Beyond" a barnstorming blues flecked hard rocker that shows why Desert Storm are so highly regarded within the UK's, small but burgeoning, underground scene. Matt Ryan roars lion-like above a wall of fuzz drenched riffage superbly delivered by, guitarists, Ryan Cole and Chris White while beneath Chris Benoist (bass)and Elliot Cole (drums) supply a heavy stream of hard driving solid rhythmic pulses.This is hot stuff!


I hate to admit it but this is the first time I've heard Swansea's Suns of Thunder, this is something i'm determined to rectify. "Earn Your Stripes" is taken from the bands 2015 album "Start As You Mean To Get Down" and is a swagger fest of bluesy stoner rock. full to the brim with foot on the fuzz pedal riffery. This four piece consisting of Greg Bombroffe - Vocals/Guitar, Matt Williams - Vocals/Guitar, Chris James -  Bass and Sam Loring - Drums n percussion know their way around a good tune ,,, and this is a good tune.

As well as the Desert Storm/ Suns of Thunder split H42 Records will alsp be releasing a Monster Magnet/Raging Speedhorn 7" Split..... 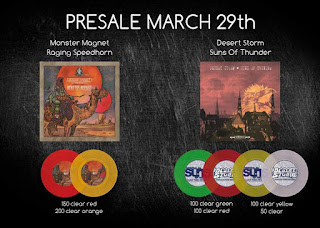 Posted by Desert Psychlist at 18:14