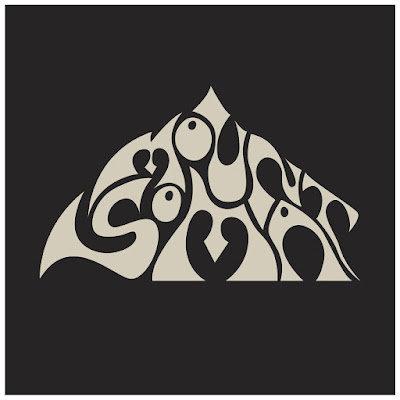 Ireland is a country with a rich history of producing storytellers and poets so it comes as no surprise that Dublin quartet Mount Soma should decide to follow in this tradition by making their debut EP a concept piece. The band, Brian Kiloran (vocals/guitar), Keith Walsh (lead guitar), Conrad Coyle (bass/synths) and Aaron Carroll (drums) originally intended the three songs that make up "Origins" to be part of a longer, full length project but decided in the end to trim this down into a three song EP.
The theme of this concept is loosely based around the circle of life so it seems fitting that I am writing this review on Easter Sunday, a festival celebrating a similar concept of birth, death and resurrection. 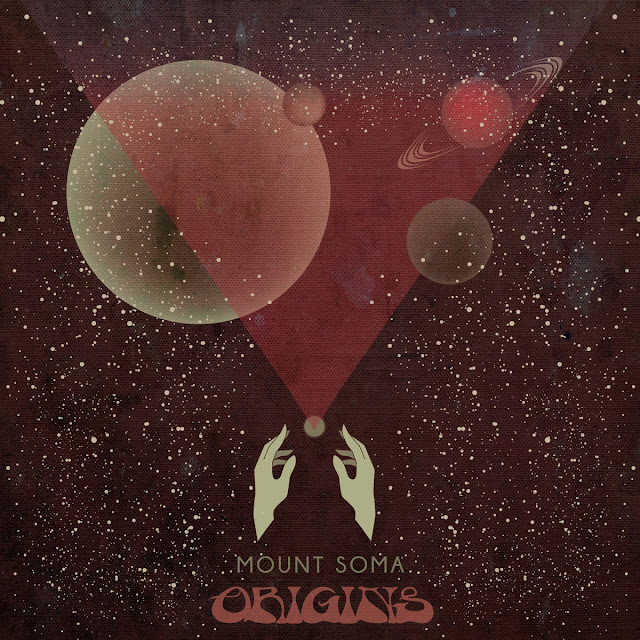 "Origins" blends doom, stoner and sludge metal with elements of both prog and psych around grooves that have a slight but unmistakable underlying celtic vibe.
First track "Nebula" begins with a gentle guitar arpeggio married to a swirling, droning synth that is then joined by vocals. Kiloran sings the songs initial verses in a low, hushed  almost medieval folk tone before letting loose with roared feral intensity when joined by the rest of the band. The song then swings through a series of shifting dynamics, the gentle Celtish intro makes way for hard fuzz drenched riffery that in turn makes way for a spoken narrative over psychedelic ambiance before the whole song takes off into the stratosphere again. Walsh solo's majestically against a backdrop of distorted guitar and bass riffage from Kiloran and Coyle and thunderous percussion from Carroll.
"Origin" is an atmospheric and quite emotive piece that employs acoustic guitars, picked sparingly, against a backdrop of swishing, swirling synthesiser effects over which Kiloran sings of darkness and cleansing rains sweeping across an imaginary landscape. The song has a stark and quite dark beauty and serves as the perfect bridge between the  marvellously schizophrenic  "Nebula" and next track " Lazarus"..
"Lazarus", like the first track trades in shifting tempo changes and dynamics only where "Nebula" relied on elements of psychedelic colouring and textured ambiance to portray its theme "Lazarus" utilises a more doomy and dark approach to emphasise its point. Carroll lays down stunning arrays of rhythmic pulses, driving the musicians in front of him with a mix of heavy and light percussive touches, over which Walsh and Kiloran grind out heavily distorted guitar riffs and solo's and Coyle lays down growling and rumbling bass. Kiloran, as well as supplying the rhythm to Walsh's lead delivers a vocal that sits somewhere between a hardcore guttural scream and a sludge-like bellow, passionately pleading for Lazarus to "rise up".

Brutal and beautiful in equal measure "Origins" successfully blends a variety of genres and sub-genres together and wraps them up under one glorious umberella of sonic excellence. Concepts and themes are not an easy thing to pull off so for Mount Soma to attempt and then manage to pull this off over just three songs is quite a feat. Imagine what they could do with a full album!
"Origins" will be released on April 5th 2016.

Posted by Desert Psychlist at 14:48