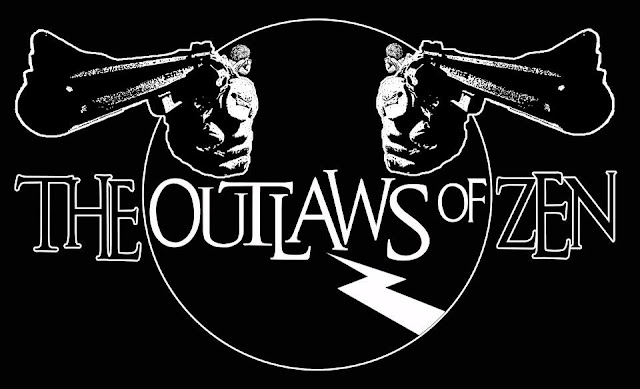 Michigan's The Outlaws of Zen have been doing their thing since forming in 2011. What is their thing I hear you ask...well TOOZ like to play it hard and fast blending a love of 70's hard rock with  elements of 80's stoner/desert grit and 00's psych ,sprinkling it all with, what the band call, a  DIY ethos and working class attitude. The band have released two previous EP's to the one being reviewed here "Don't Bother Getting Up , We'll Let Ourselves In (2012) and Death In The Afternoon (2013) both recorded as a quartet. Last year (2015) vocalist and second guitarist Joe Gibson left the band leaving bassist Tommy Koppmann to take over vocal duties, ably supported by Korey Christopher (guitar) and Travis Evans (drums) III is TOOZ's first release as a trio. 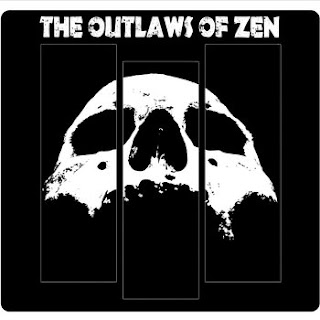 Those that may have worried that the loss of a second guitarist would somehow water down and dilute TOOZ's sonic impact are in for a nice surprise. Like a sports team that have had a player dismissed from the field of play TOOZ have had to tighten their sound to accommodate the loss and the result is a more focused, rounded aural assault. The bands core sound still remains rooted very much in the 70's but when  combined with Koppmann's throatier, slightly more hardcore/punk vocal style the groove achieved seems grittier and a little more in the now. Opening track "Dirty Hands" is a perfect example of this, it's superbly executed seventies retro riff is offset by Koppmann's feral 00's vocal tones giving the tune a raw edged  modern feel that would have been lost had the vocal been of a more conventional styling. This theme continues through onto second track "To Live For", Christopher, who seems to relish the responsibilities allied with being the sole guitarist, lays down a barrage of tasty riffs and licks over which Koppmann roars. Koppmann can also play a bit too, his big, beefy rumbling bass lines combining with Evans solid ,tight rhythmic drumming to create a massive wall of sound. "Black Market Karma" is a little more sludge orientated in style if a little more frantic than is usually found within that genre, Evans pushes the song along on a bed of seismic rhythmic thunder over which throat ripping vocals are delivered and strings are shredded. The next two songs "Out Of Touch" and "New Faith" are a little more straight forward and melodic than the previous tune channelling an almost rock'n'roll vibe, both marry retro riffage with hard edged vocals but are a little smoother around the edges than what has gone before and show the band are more than capable of mixing it up a little. Final track "Where Teeth Once Hung" pulls all the threads of the previous  four songs together in one kick-ass tune. A blistering stuttering riff is the foundation over which Koppmann sings the verses but the real hook is the line/answer/line chorus that is swapped between the singer and the backing vocals. Infectious, addictive with a monolithic groove the song brings to a close an album that would be worthy addition to any stoner/hard rock music fans collection.
Check it out.....

Posted by Desert Psychlist at 08:53