Germany's Wolf Prayer cordially invite us to "join a trip with the band through atmospheric soundscapes, hard riffs and hypnotic melodies" How could we refuse an offer like that especially as the soundtrack to that trip is one that blends the musical elements of big hitters like Kyuss, All Them Witches and Dead Meadows into one big smorgasbord of desert flavoured groove called "Echoes of the Second Sun" (Barhill Records) 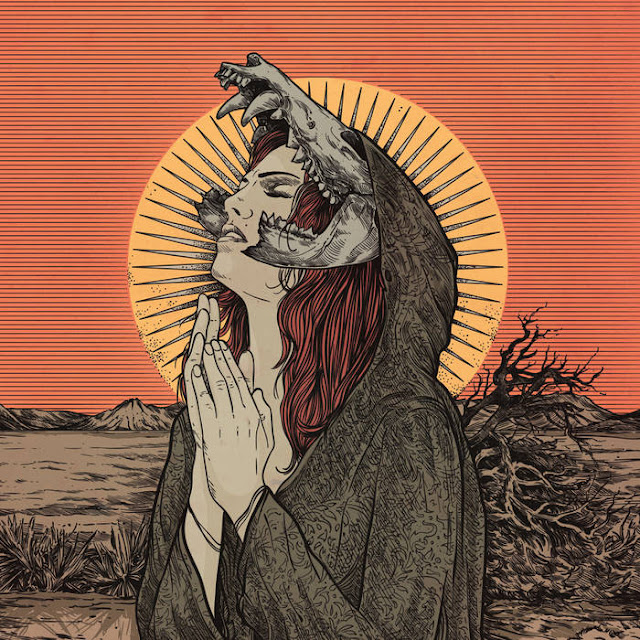 Things begin quite loud and noisy with first track "Average Man" a song that boasts humongous fat fuzz drenched riffage, pulsing percussion and deep booming low end embellished with a generous helping of synthesised keyboard flourishes and effects. After its initial burst of energy the song settles down into a sort of quasi-stoner grunge groove with guitarist/synthesiser maestro Jan Sprengard vocalising in grainy, slightly accented, tones over a loud/quiet/loud dynamic perfectly executed by bassist Tim Hansen and drummer Matthias Schorr. The song then takes a left turn as it winds to an end finally concluding its life in waves of synthesised tranquility. "According To The Rule" jams a more raucous stoner groove that although still retains the grunge like dynamics of its predecessor has a much more harder, grittier edge to it while "Desert" has a touch of "Sixteen Stone" era British post grungers Bush in it's sonic make up. "Shapeshifter" follows and does exactly what its title suggests, the song shifting from a raucous heavily fuzzed and thunderous intro a serene and tranquil groove enhanced by emotive vocals ,ringing arpeggios and restrained percussion before then shifting once again and taking off into a lysergic heavy psych jam. "New Morning" throws away the rule book and mixes heavy stoner riffage with jazzy fusion swing, Sprengard showcasing his keyboard chops, in the songs mid-section, over a laid back bass and drum groove expertly supplied by Hansen and Schorr. "Like A Fool" and "Strings Like A Puppet" finds the band returning to those Nirvana-esque dynamics that have served them so well with the latter boasting a nice line in Colour Haze-ish texturing. "Feed My Brain" closes the album and brings all the elements visited elsewhere together in one big melting pot of lysergic laced stonerized groove. 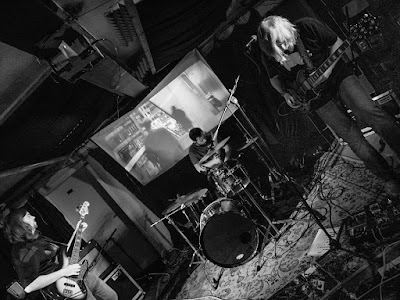 Chilled and laid back yet at the same time heavy and intense "Echoes of the Second Sun" is an album that blends the best elements of the 90's alternative rock scene with the best parts of the stoner/desert movement from the same era and brings it up to date by adding a few ideas of their own. There is no convenient box or tag for what Wolf  Prayer bring to the table sonically but if you had to label them  something then the best we can come up with is "alt/desert".
Check 'em out ...