Do you ever get those days when soaring solos, vocal pyrotechnics and undulating melodies are just not what you are wanting to hear, days when your whole being is calling out for something a little  more brutal and relentless, something that is not overtly feral and sits just on the right side of extreme?
Well if that description fits your current mood Desert Psychlist has something to meet your needs, that something is an enthralling mix of low, slow stoner doomic dankness and sinister swampy sludginess flying under the title of "The Shadow" (CLOU) by a band of sonic architects, from Bar-Le-Duc, Northern France, calling themselves Acid Fuzz Factory. 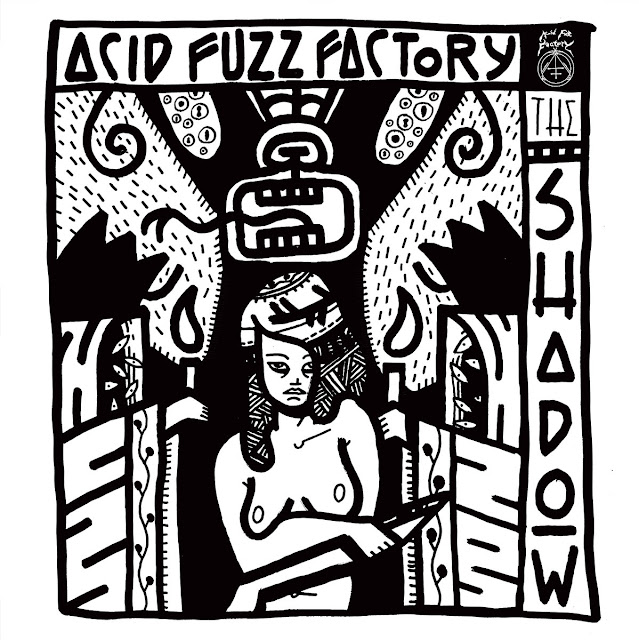 It would be foolish not to point out the similarities between the relentless dank riffage and pummeling percussion Acid Fuzz Factory use to decorate their debut album "The Shadow" to those employed by their more well known contemporaries Monolord and Electric Wizard, however there is an undefinable something about AFF's approach that sets them apart. Maybe it is the rawness of tone that Théo Guillaume (vocals/bass), Alex Meurville (guitar) and Étienne Socha (drums) bring to songs like "Mecurian Smoke","Black Eclipse Cult" and "Druid" that gives them an edge or maybe it is that Guillaume's vocals are a little more accessible and easier on the ear, despite their raw throaty execution, it's hard to say. What can be said however is that despite the utter relentlessness of its riffage and the unapologetic nature of its plodding rhythms there are little flashes of dazzling brilliance to be found among the five tracks of "The Shadow" that every now and then lift the music out of its mire of mundane darkness into the realms of sunlight, those moments, it has to be said, are rare but when they do appear they take your breath away. 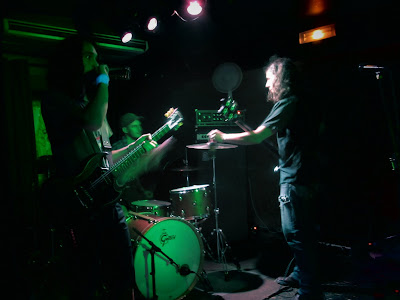 Intense, repetitive, uncompromising and darkly brilliant "The Shadow" is not an album for the faint of heart but neither is it one for the extremophiles of the death/black metal brigade, it is what it is and what it is is an unrelenting wave of hypnotic stoner doom with occasional glimpses of sunlight at its furthest reaches..
Check it out ….