If your a band that hails from a place with "Salem" in its title then its possible your going to garner some interest from within the doom metal community, unfortunately the "Salem" in question is not the one associated with the infamous "witch trials" and the band we are talking about is not really what you would consider a "doom" band. Stonekind, Davis Templeton (guitars), Jacob Shelton (bass) and Jeff Ayers Jr (drums,/vocals), hail from the North Carolina city of Winston-Salem and jam grooves that, although reside very much within the stoner spectrum, lean more towards the bluesy rather than the doomic.
The band have just released their debut EP "Stonekind" on Bandcamp and whether your a stoner, doomer or just a general music fan, this is gonna blow your socks off! 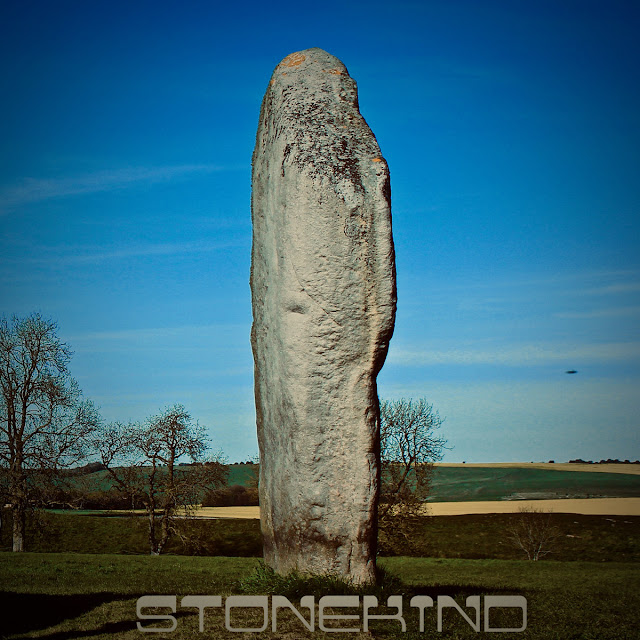 "Ember" gets the ball rolling and starts with a high pitched drone effect that then makes way for some charming and deft acoustic picking before segueing almost straight into "Talk To Fire" an excellent heavy blues-ish outing that swaggers and struts with stoner attitude and if your boat is not already floating by now then it's gonna be ocean bound when you hear Ayers Jr's warm creamy vocal tones enter the fray. The drummer/vocalist possesses one of those voices that cradles you with warmth and texture, Ayers Jr doesn't try to dazzle you with rock god vocal pyrotechnics preferring instead to deliver his lyrics in a voice that is soulful and world weary, the fact that he is also laying down some mean, on point, percussion at the same time just adds to his legend. Ayers Jr is surrounded by two musicians of equal stature and skill, Shelton's bass growls and rumbles in sync with Ayers  Jr's drums and comes into it's own on the hazy psychedelic "Black Molasses" the bassist anchoring the songs more lysergic moments with boneshaking liquid low end. Guitarist Templeton meanwhile is a guitar legend in the making, he coats the grooves Ayers Jr and Shelton lay beneath him with a startling array of colours and textures, his solo's soar and swoop, his riffs crunch and crush, the six-stringer filling every space available to him with a masterclass in guitar dynamics, something that is especially evident on the superb "It's Alive" where his playing is nothing short of jaw dropping. 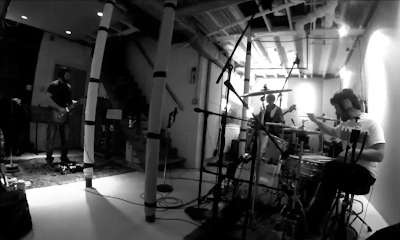 As debuts go this up there with the best of 'em, the only downside to "Stonekind" being that it only contains four songs and after hearing this brief but brilliant introduction to the band you will undoubtedly want more, in fact you will DEMAND more!
Check it out ....
© 2019 Frazer Jones
Posted by Desert Psychlist at 08:38