Atmosphere is an ingredient often not spoken of when talking about music but atmosphere is probably one of the most important factors of any piece of music, be it bright breezy pop or crushing dank metal. Atmosphere is not so much something you can hear as something you feel when listening to music, in pop music it often manifests itself as a brightness, in metal a darker more cloying vibe is often the norm. Psych/desert groovsters High Mountain, a quartet from Metz, France consisting of Frederic Macieri (guitar/vocals), Jeremy Depenoux (drums), Georges Leibfried (keys) and David Omhover (bass), jam grooves that are drenched in atmosphere, grooves that are edged in a bluesy melancholic haziness and rueful moodiness, a vibe and feel that permeates each and every one of the four songs that make up their self-tiled debut EP "High Mountain". 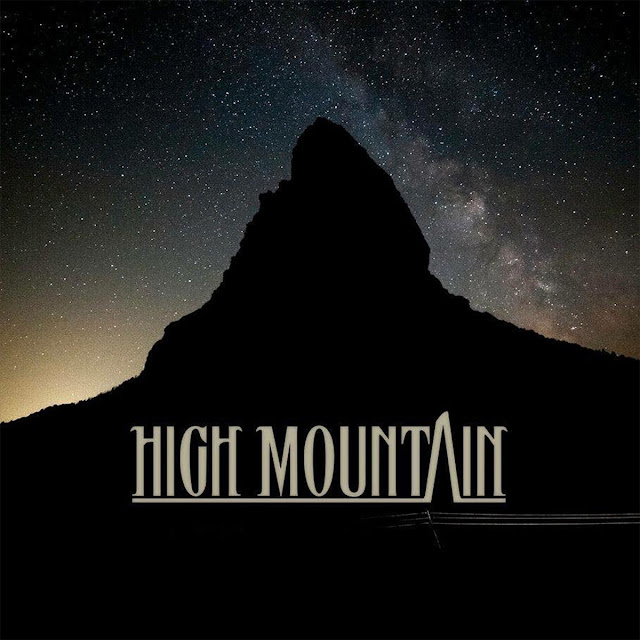 Leibfried's parping keyboards and Omhover's deep rumbling bass introduce "The Dream" then are joined by Depenoux's drums and Macieri's  guitar in a fuzz drenched bluesy desert groove that is dark, dank yet not dismal. Macieri also provides the songs vocals his gruff, slightly accented throaty tones taking the songs sonic attack, which is already quite elevated, to a whole new level.  "Masterpiece" follows and finds the band balancing out their fuzz drenched bluesy swagger with elements of quiet contemplation, Macieri's vocal here is, in places, almost spoken narrative in others a gruff hoarse roar. "Roach" begins with tribalistic percussion crashing and pounding over a deep rumbling bass line around which Leibfried and Marcieri weave textured threads of keyboard and guitar colouring,  the song gradually building in intensity until suddenly exploding into a heavy stonerized blues groove full of screaming guitar solo's and crunching riffs. "Hunt On Payday" brings things to a close and finds the band giving free rein to the more lysergic elements of their sound while still maintaining their heavy rock credentials, shimmering cymbals, liquid bass, textured keys and ringing arpeggios sit side by side with pounding drums, grizzled low end, swirling organ and screaming guitar solos, both dynamics coated in those distinctive gruff, throaty vocal tones. 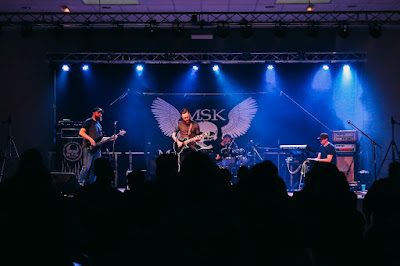 "High Mountain" is a collection of songs drenched in warm fuzzy guitar tones and driven by a mixture of throbbing and laid back rhythms, songs further enhanced by their clever use of keyboard textures and their warm yet powerful vocals. Atmospheric and moody yet at the same time heavy and rocking "High Mountain" is, to coin the title of one of their songs, a masterpiece
Check it out ….