Desert Psychlist has quite a few male friends living in Britain of Philippine descent nearly all of them are rock music fans but to a man their tastes favor the more mainstream end of the rock and metal spectrum. Not one of my Filipino friends has ever shown an interest in the more underground aspects of the rock scene and so it came as somewhat of a surprise to be directed towards an album from a Filipino combo who not only understand underground rock they also play the shit out of it! Polymerase are VN Jose (vocals), Vincent Jose (guitars/bass) and Francis Ilagan (drums), VN and Vincent originally put down a few grooves on tape back in 2014 but due to a technical error the files storing those recordings disappeared into the black hole of cyberspace, nothing much happened for a while but when Covid hit in 2020 VN persuaded Vincent that they should try again and so with the help of drummer friend Francis that is exactly what they did, the results of which is the trio's debut release "Unostentatious" 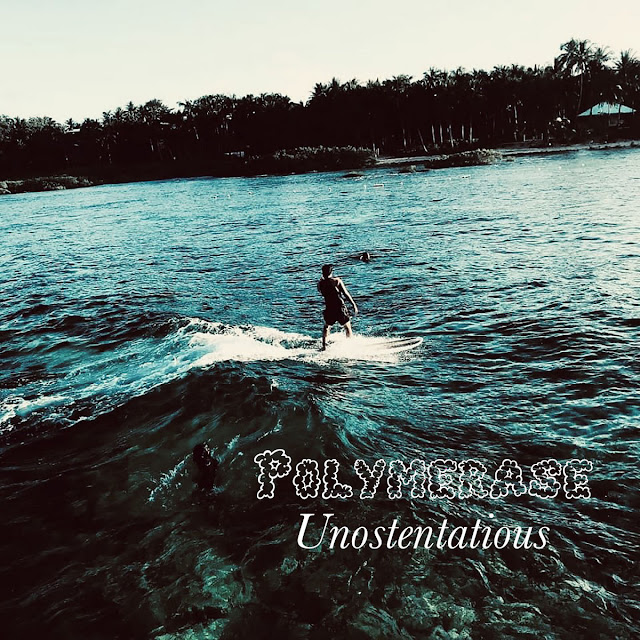 Desert Psychlist is somewhat confused about VN's role in Polymerase as he is credited as the bands vocalist but his only contribution (on this release) is a raw, harsh vocal on final track "Green Is The Color Of Evil", most of the instrumental work on "Unostentatious" seems to fall to his brother Vincent and drummer Francis, maybe this will change on future recordings but either way this does not alter the fact that "Unostentatious" is a stunning collection of psych tinted stoner rock worthy of a place in every underground rock fans music collection. There is a touch of  Earthless, a smidgeon of Colour Haze and a salting of My Brother the Wind about much of the songs on this mind-blowing release but dosed with added elements of  heavy doominosity and lysergic haziness that keeps things earthy and anchored and this is despite the bands constant attempts to take off into the cosmos on instrumentals, "The Traveler", "A Night With A Succubus" and "Lightbringer/Lightgiver".We come back to "Green Is The Color of Evil" for the final song and it is here where we find Polymerase slightly changing tact and heading into darker, danker waters, the songs low slow refrain lumbers and lurches beneath the weight of its own fuzz and is decorated with a vocal that is partly a murmured mumble, partly a demonic roar. The song sticks out a little like a sore thumb from the spaced out heavy psych that populates the rest of this release but it does show that Polymerase have more than one string to their bow and that they are unafraid to fire their musical arrows in any direction that takes their fancy.

Lysergic heaviness and spaced out otherworldliness is the order of things for most of  Polymerase's "Unostentatious" but as the last track of this stunning release goes to prove these guys are no one trick ponies, Desert Psychlist expects more surprises to come from these guys on future releases.
Check 'em out .....
© 2021 Frazer Jones
Posted by Desert Psychlist at 03:17