Hold on to something solid and attached to solid ground because what you are about to hear, after reading this review and following the link to this bands new album, is going to blow you away. The band in question are a German combo from Leipzig called Kyning, consisting of Nils (drums); Johannes (vocals/guitar); Matthias (guitar) and Otto (bass), a band whose sound is an enthralling blend of stoner metal, grunge, indie rock and prog that breaks all the known rules of what can be put together in a musical context but does it anyway, the results of which can be found on their latest release "Ān". 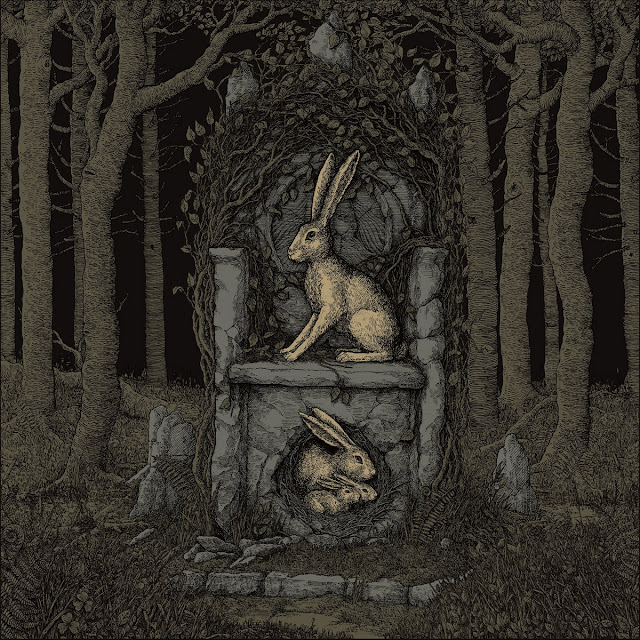 Blending together elements from different genres of rock is not an exactly new concept but Kyning are not a band claiming to reinvent the wheel they are just trying to use it differently. By differently we mean Kyning do not separate those elements, gleaned from a wide spectrum of sources, into musical sections but cram those elements together in such a way that they are almost unrecognizable but are nonetheless still there. Nothing is straightforward about what Kyning bring to the table with "Ān", riffs fizz and pop but they also crunch and crackle, rhythm patterns shift and change with an unnerving regularity and the vocals can range from a clean impassioned howl to guttural roar in a nano-second. Fellow music junkie and Doom Charts contributor Steve Rodger commented on the bands Bandcamp page "I’m not entirely sure what the fuck is going on here, possibly some kind of twisted proggy grunge perhaps, but I am pretty sure it’s great..." and he is 100% correct, from opening track "Bury Me Closer" to the closing number "Preacher" the listener is not so much led by the hand through Kyning's mythical world of melancholy, mistrust and malcontent as dragged through it screaming, made to look at leafless trees and sombre lonely mountains against a musical soundtrack that is continuously soaring and plummeting, a relentless ride that is as mind-blowing as it is breathtaking. 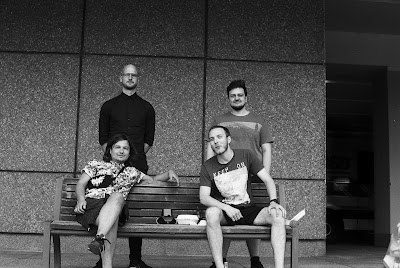 Those that thought that prog metal had steered its way into a cul-de-sac and had nowhere else left to go should wrap their ears around Kyning's "Ān", by blending into their proggish overtures elements of alt-rock, stoner rock, doom and metal Kyning have shown that prog still has destinations not yet explored.
Check it out .....
© 2021 Frazer Jones
Posted by Desert Psychlist at 02:09