Every year an album will appear that blows everything else released that year into a cocked hat, an album that just ticks every box you could possibly want ticking and then some. This year of our lord 2021 has already seen a few contenders appearing with the potential for that album of the year status, some from established big hitters and some from new kids on the block. We are of course not even halfway through this year so it would be a bit premature to nominate an album for that prestigious honour quite yet but "Curses And Spells "(Road Hell Records) , the new album from Switzerland's Mystic Sons is definitely one for consideration. 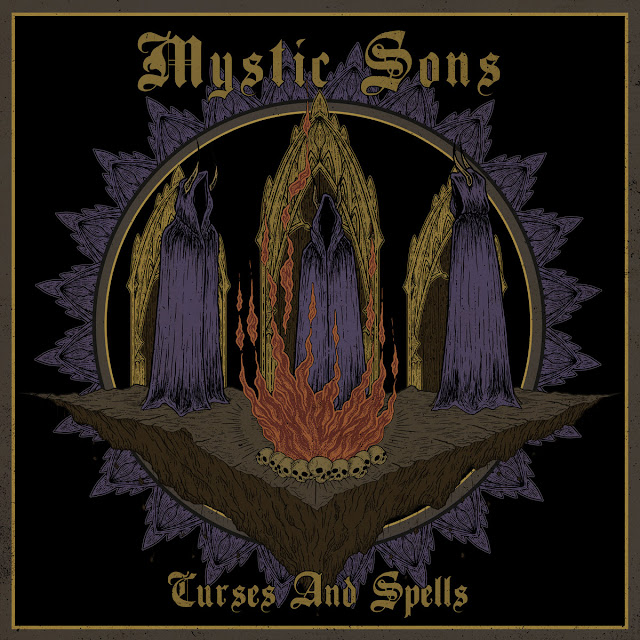 Mystic Sons describe their sound as "random rock'n'roll" and we at Desert Psychlist can totally buy into that description, the band may have found themselves unwittingly tagged with a stoner rock tag, due to their big riffs and robust rhythms, but there is a lot more to Mystic Sons than just fuzz pedals and Orange amps. Mystic Sons sound is probably closer to an old school hard rock dynamic than that of many of their contemporaries and this is because they don't just go for the throat with waves upon waves of aggression but stagger their attacks with subtle feints and parries. Listening to "Curses And Spells" Desert Psychlist was very much reminded of Australian road warriors Electric Mary whose musical attack is very similar to Mystic Sons both bands lean heavily towards a musical blueprint first drawn up in the mid 70's and both bands possess vocalists with tones of soulful smoky rawness. Where Mystic Sons differ from their Australian counterparts is in the level of doominess these Swiss bring to the table, now we are not talking Sabbath or Candlemass type doom here but more a vibe or an undercurrent of dankness that hovers just beneath the surface of songs like "Fortune and Fame" and "Great Horse" and gives them a dark edginess. Despite this undertow of doominess there is no getting away from the fact that much of what you will hear on "Curses And Spells" is informed by the heavy blues of the 70's, especially the albums soaring lead breaks which are probably more Page than they are Iommi, but then all the best things usually are. 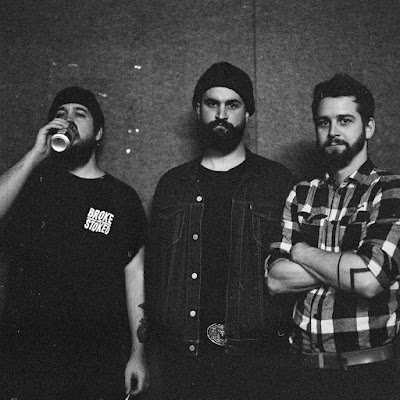 Not quite stoner rock not quite doom yet containing elements of both "Curses And Spells" is a stonkin' blend of the old and the new that should appeal to a wide spectrum of rock fans. If your are already putting together a list of 2021's best albums we at Desert Psychlist recommend you put this on it!
Check it out ....
© 2021 Frazer Jones
Posted by Desert Psychlist at 02:53