From out of Chicago, Illinois come Tombstone Eyes, a blues based band like no other, a band who give meaning to the words hazy and psychedelic, a band who have made an album entitled "Land In The Sky", an album that you will want to listen to until your ears bleed and your brain turns to mush! 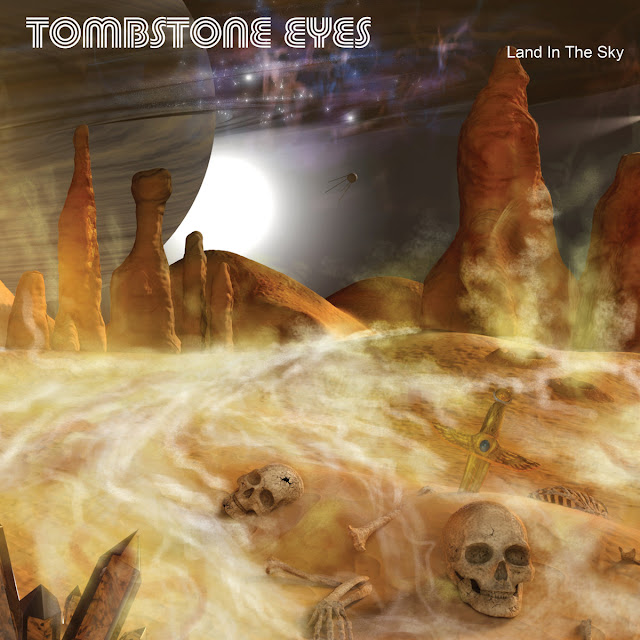 If you thought the blues as a genre had seen its best days pass or that its fabled mojo was no longer in working order then prepare to have those thoughts utterly shattered. Some may argue that Chicago's Tombstone Eyes are not a blues combo at all but if you cannot recognise the delta drenched presence of Robert Johnson and Muddy Waters beneath the swirling psychedelic textures this band cloak their grooves in then its possible we are listening to a different band. Tombstone Eyes are not just any ordinary blues combo either, these guys are an extraordinary blues combo, that's quite a bold statement you may be thinking but Desert Psychlist defies you to listen to the bands hazy lysergic take on the blues and not come away without a huge shit-eating grin on your face. From the organ drenched intro of "Hydrogen Fog", to the schizophrenic mix of samples, noise and piano that is "Showman's Rest" there will be no doubt left in the listeners mind that they are listening to something a little different but nonetheless a little bit special. It is however between these two songs that the real meat and potatoes of Tombstone Eyes sound can be found, the band jamming chilled, acid drenched blues grooves, on songs with titles like "Solar Barge", "Precession of the Sun" and "Black Knight Satellite", that are slightly off-kilter and hazy but steeped in the traditions of a genre older than they are. 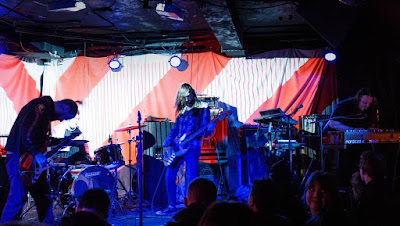 Tombstone Eyes play a heavily stoned, tripped out and psyched version of a genre that been around for eons, the band don't so much reinvigorate the genre as offer it some different narcotics and see how it copes, and on the evidence of "Land In The Sky" it copes very nicely thank you.
Check it out ....