Let's start with a little rock history lesson … Many still consider the 70's as the "golden age" of rock music a time when .in the words of journalist Mick Wall, "Giants Walked the Earth". Many of those so called "giants" hailed from a little island, stuck between the cold waters of the North Sea and the vast expanse of the Atlantic Ocean, called Britain. Britain gave to the planet such icons of the rock world as Led Zeppelin, Deep Purple, Black Sabbath and Jethro Tull but the British rock scene back then was a two tier system in that for every Zeppelin there was a May Blitz, for every Sabbath a Budgie, every Purple a Uriah Heep and every Tull a Wild Turkey, these bands were often referred to as "second division bands". The term "second division" did not mean the music these bands played was any less vital or exciting than their more well known contemporaries just that they either didn't have the label promotion or managerial support to push their careers that little bit further.
Many of these "second division" bands have achieved an almost cult status among those who spend their time listening to the grooves and riffs of today's underground rock scene and many of todays bands are not averse to referencing these bands as influences in their promotional bio's and on their social media pages either. Germany's Isles of Mars are one such band to doff their caps to the demi-gods of rocks "second division" citing the sound they create as being a blend of Atomic Rooster and Camel among others, whether you will agree with this description Desert Psychlist will leave for you to decide by giving their self titled debut EP "Isles of Mars" a spin. 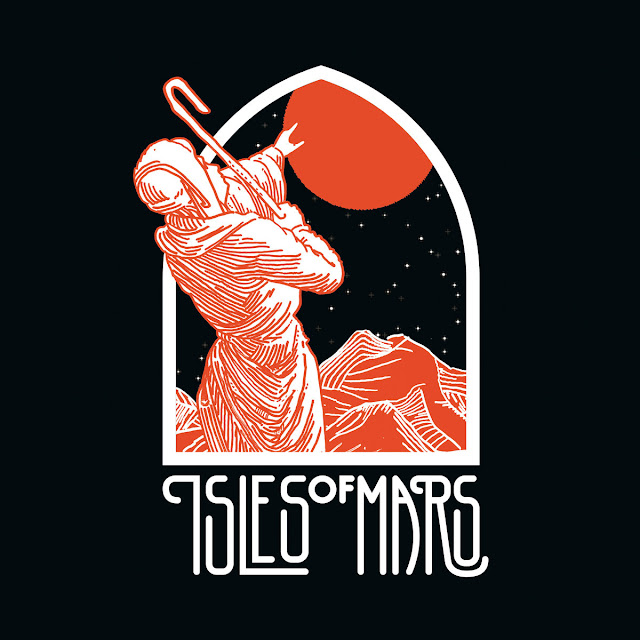 Isles of Mars are Dave Brechbilder (drums), Gregor K. (bass) and David S. (guitar and vocals), three musicians from Mannheim, Germany with a real understanding of 70's rock music, not just in its sound but also it's structure and feel. It could be argued that "Isles of Mars" is an EP with a strong "retro" vibe but Desert Psychlist prefers to term the sound this trio bring to the table as having a more "vintage" quality, Isles of Mars do not just try to emulate the grooves of  those late 60's, early 70's bands, mentioned earlier, and bring them up to date, these guys actually capture the sound and feel of that period. It would not be inconceivable to imagine a casual listener, spinning songs like "Psychopompos" and "Lady Atrocity" for the very first time, to actually sit back and believe they have just listened to an obscure band from rock's heyday such is the authenticity of the musicality and production on display here. On the musicality front Isle of Mars can't be faulted, Brechbilder and Gregor K. bring a diverse array of groove to the party, Brechbider's rock steady rhythms are spiced up with elements of jazz-like swing and proggish complexity while Gregor K. nails down the bottom end with a mix of growling and booming liquidity, his runs and fills sounding at times like a Boeing 747 getting ready for take off. David S holds down guitar and vocal duties, his swirling solo's, crunching chords and delicate arpeggios filling the spaces Brechbilder and K. leave him with an impressive range of textures and tones while his vocals, although not in the rock-god arena, are strong clean and totally effective. 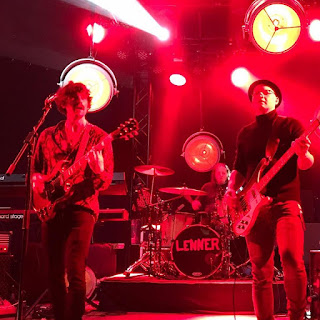 "Isle of Mars" is a superb debut from a band who proudly wear their influences on their sleeves and are unafraid to celebrate those influences in their music. If you like your hard rock flavoured with an un-manufactured, authentic flavour of the 70's then you cant go far wrong by giving these guys 25 minutes and 50 seconds of your time, we guarantee you will not be disappointed.
Check 'em out …