Mammoth's were big hairy elephant-like mammals armed with impressive weaponry, not sure they had much exposure to the delights of lysergic based pharmaceuticals but apart from that they have much in common with, Acid Mammoth, the subject of this review. Acid Mammoth are a doomic four piece from Athens, Greece who, judging by their press photo's, are also quite hairy, the combo also boast some impressive weaponry only theirs is not long white ivory tusks, theirs come in the shape of devastatingly dank riffs and rhythms that although may not kill you will almost certainly leave you slightly battered and bruised. As for the "acid" part of their name well there is plenty of that to be found in the swirling lead breaks and solo's that decorate the bands second album "Under Acid Hoof" (Heavy Psych Sounds Records). 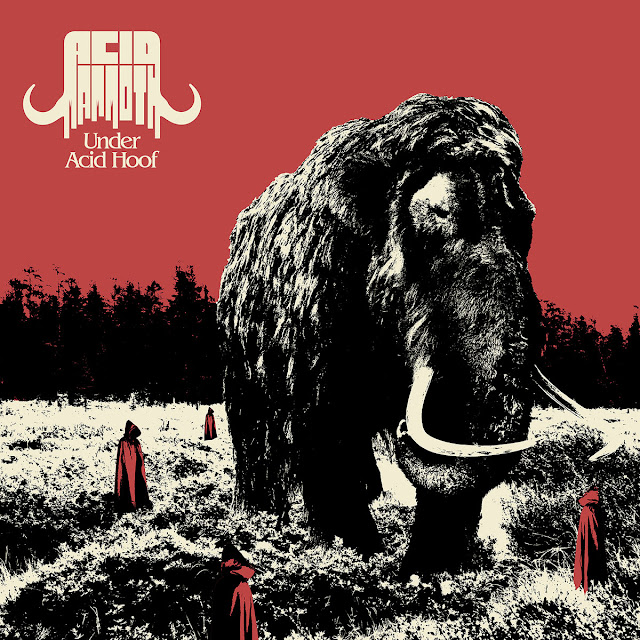 Another thing Acid Mammoth's grooves share with the animal they borrowed, part of, their name from is their size. Acid Mammoth's sound is big heavy and powerful, not so much slow and low, but possessing a delightful lumbering quality that adds a certain depth to its sonic impact. Now given that the bands stock in trade is titanic riffs and thundering rhythms you might expect vocals of a similar dynamic, maybe something a little growly or demonic, but instead Acid Mammoth offset their huge sounding grooves with tones that are both melodic and clean. Chris Babalis Jr. holds down the vocals while also doubling up on guitar, a duty he shares with his father Chris Babalis Sr., his vocals are slightly one dimensional but are delivered with a strength and clarity that is quite refreshing in this age of growlers and screamers. The Babalis father and son pairing lay down a mixture of dark toned dual riffage and swirling sharp lead on their respective axes and are superbly supported by Dimosthenis Varikos (bass) and Marios Louvaris (drums) the rhythmic duo supplying the meat and potatoes for Sr. and Jr to garnish with a superb array of six-string flavourings.
Five songs make up "Under Acid Hoof", "Them!", "Tree of Woe"," Tusks of Doom", Jack the Riffer" and title track "Under Acid Hoof", each has its own unique doomic charm and each would be worth the price of the album just on their own and there are not too many albums you could say that about! 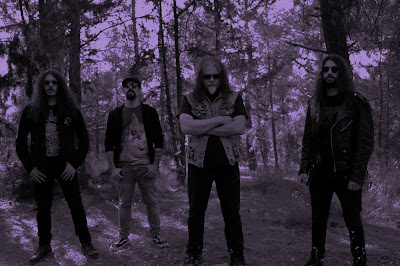 Greece is fast building a reputation for producing quality underground rock music from quality underground rock bands however many of those bands hail from the stoner/hard rock and psych end of the musical spectrum so its nice to see/hear a band like Athens's Acid Mammoth emerging from that country with something a little more doomic. "Under Acid Hoof" is a superb follow up to the bands debut "Acid Mammoth" and should go a long way to cementing their place as one of  the leading lights on Athens burgeoning doom scene, now go tell the Spartans! 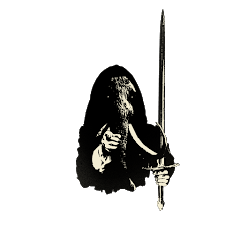