Bassists and drummers have, in the past, often got overlooked within a band dynamic, these masters of rhythm and groove have tended to take a back seat and allow the more flamboyant guitarists and vocalist's to hug the spotlight, often becoming bridesmaids rather than brides. This was, with a few exceptions, the case for many years but over the last decade and a half a shift towards a more pared down group dynamic started to gather momentum and suddenly the "heavy rock duo" began to become a thing. First of all it was mainly drum and guitar combo's but then drum and bass duo's started to pop up everywhere with bassists employing their instruments not just as a tool to enhance a groove but also as a lead instrument in its own right.
Lancing, Michigan's ORC, Andy Jeglic (bass/vocals) and Connor Peil (drums), are one such band who, after attending a Primus/Mastodon gig together, decided to take the duo route. The two musicians wanted to blend the progressive elements they were hearing that night with the hard rock/metal elements they grew up with but wanted to achieve this within the confines of a two piece. The duo also wanted their sound to be BIG which meant some innovative drum micing and the employment of something Jeglic calls a "dual-output bass rig", something that allowed him to push his bass sound to unprecedented levels and thicken its sonic impact, an impact that can be witnessed first hand on the bands debut "ORC". 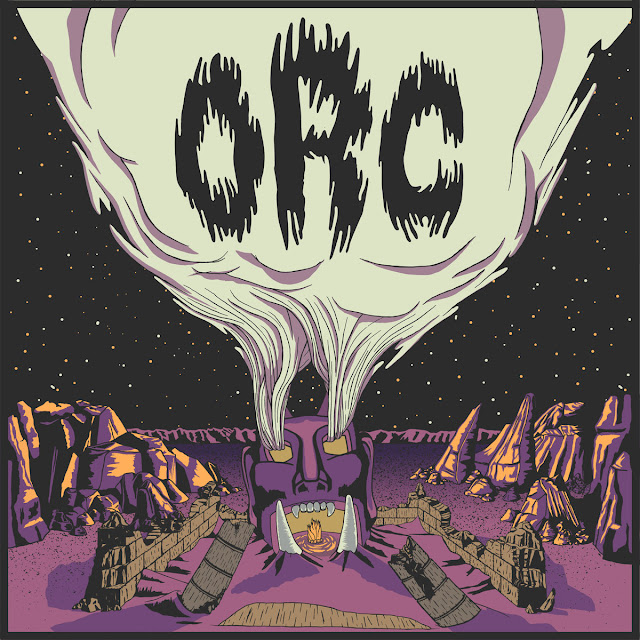 Fuzz plays a huge part in ORC's sound, warm, growling fuzz, fuzz crackling at the extremes of its signal and fuzz so thick it's almost tangible are all employed to great effect throughout the nine tracks that make up "ORC". Jeglic's bass spits, snarls and splutters with the stuff his distorted riffs, sounding more like a conventional six-string at times, would be in danger of dominating proceedings if it were not for Peil's thunderous drumming, the percussionist defying the limitations of his kit with breathtaking steam hammer displays of percussive might. There are times when, if you hadn't read this pieces intro, that you could easily be convinced that this is not just two people but a quartet, or something even bigger, such is the density of sound that Peil and Jeglic create between them. If the sound you are hearing on songs with titles like "Living For The Fight", "Sneaky Snake" and "The Villain" are not already big enough for your sonic needs then Jeglic's powerful, rock god like vocal pyrotechnics will seal the deal. Jeglic boasts a voice that could peel paint off a ships hull a voice that channels the spirit of Soundgarden's Chris Cornell's upper register with the distinctive howl of Wolfmother's Andrew Stockdale, a unique and powerful instrument in it's own right it takes ORC's already impressive sonic impact to whole other level. 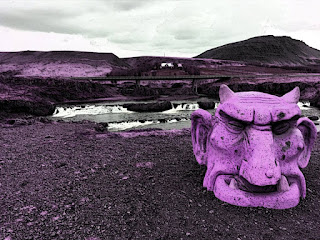 ORC have laid down a marker for other "rock duo's" to follow with their debut, a huge sounding tome created with the minimum of instrumentation but the maximum of dedication and commitment, an album that that ticks all the right boxes in all the right order by a duo who sound so much bigger.
Check it out ….