Have you been looking for something that will rekindle those memories of the 90's when every other week there was a party in the desert, a time before terms like stoner rock and desert rock were coined and the music being played was an untagged hybrid of punk and hard rock with a little psychedelic colouring thrown in for good measure? Well look no further for those memories will come flooding back in waves when you hear the self titled debut album from Spanish trio Free Ride. 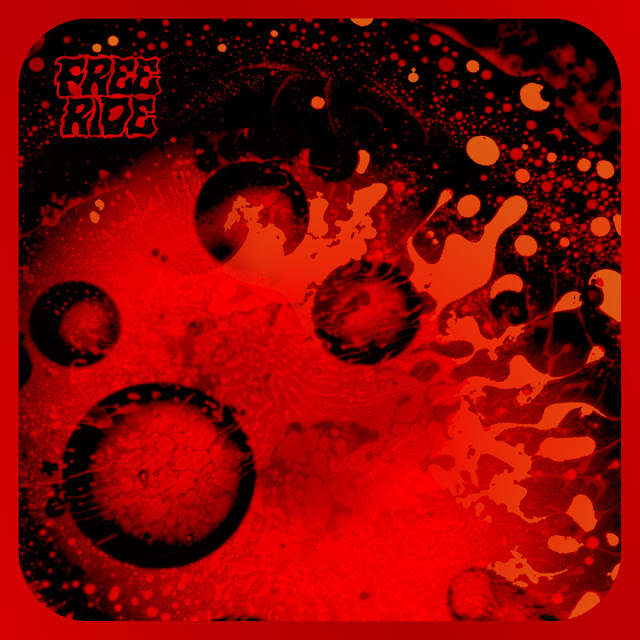 Carlos Bedmar (drums), Victor Bedmar (bass) and Borja Fresno (guitar/vocals) are Free Ride a band who like their heroes took their grooves out into the wilderness to reach their audience the only difference being their wilderness was not an American desert but a plateau situated on the outskirts of their home city Madrid. Free Ride's sound owes a huge debt to those early generator driven American desert grooves especially those of L.A's Fu Manchu and Nebula, Free Ride taking the punky stoner rock of the former and blending it with the more spacier psychedelic forays of the latter. OK Free Ride are not reinventing the wheel with their debut release but with songs like the lysergic laced "Sativa" and the street smart "Libido Rising" who would want them to. The band do step outside of their punky desert rock comfort zone on occasions first with the excellent "Crazy Woman", a song that sees them tripping through bluesy pastures (and when we say tripping we do mean tripping), secondly with "Caravan", a hazy semi acoustic outing with low key hushed vocals and then finally with "Opium" a lysergic instrumental foray that touches on doom, heavy stoner and even a little psychedelic funk on its travels.

If your looking for music that pushes the boundaries and dips its toes into more experimental areas then "Free Ride" maybe not the album your looking for, however if your looking for grooves that take you back to the desert scenes formative years and does so without sounding contrived then this is your lucky day.
Check it out …..