Socrates once said "I cannot teach anybody anything, I can only make them think". Here at Desert Psychlist we have adopted a similar mantra.... "We cannot make you listen to anything, we can just point you in the right direction and hope you do". Today we are pointing you towards, Socrates homeland, Greece and an Athenian collective going by the name of Devil Flower Mantis, a quintet consisting of Nikolas Kalogirou (vocals), Dimitris Karakatsanis (drums),Verbal Kid (bass), Nikos Zairis (guitar) and Vaggelis Keramidas (guitar) who have just released their self titled debut EP "Devil Flower Mantis". 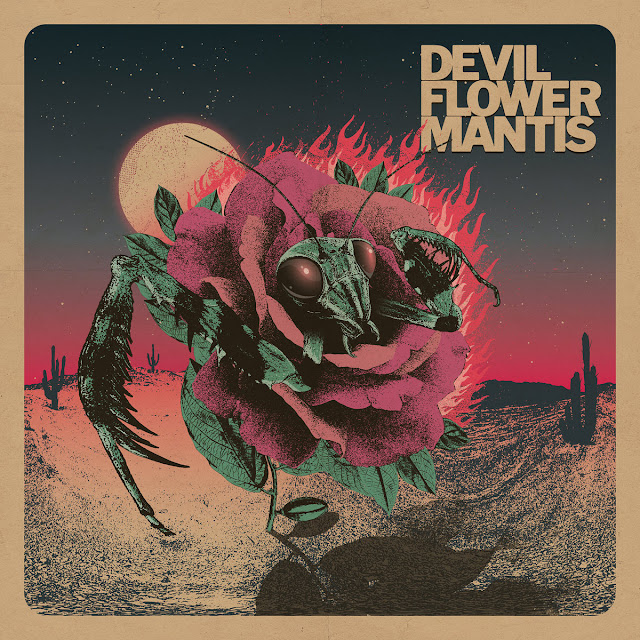 Raunch and groove are two things that define the sound of the Greek underground rock scene and Devil Flower Mantis have both commodities in abundance, as well as more than a fair amount of lysergic texturing and metallic bluster. First track "Beyond Borders" demonstrates these qualities perfectly, its crunching guitars, growling bass and punchy solid percussion are offset by the songs occasional forays into eastern tinted territories the quintet utilising subtle middle eastern themes and Arabian scales to take things to the next level. Add to this heady mix of swagger and mysticism clean, clear vocals that tell sci-fi inspired tales of "beams that rush inside my blood like streams" and having "stardust in my core " and you might understand why we at Desert Psychlist are so keen on you checking out what these guys do. One track does not make an EP however and so its good to know that the following tracks in no way drop beneath the high level set by their predecessor. "The Voidwalker" has a heavy prog-metallish vibe and tells a tale of a "half human, half android" forced to explore "solar storms and black holes" while "Back On The Hunt" hits a more heavy stoner groove with thunderous drums and growling bass the foundation on which raucous riffs and screaming solo's are traded, the vocalist telling us amid this musical mayhem that there is "NO TIME FOR GAMES". "Devil Flower Mantis" closes with "Black Fever" a raunch drenched opus decorated in grainy clean vocals that revisits the eastern themes and motifs touched on in the EP's opening track, this time however the band using those motifs and themes to drive and inform the songs groove rather than just decorate it. 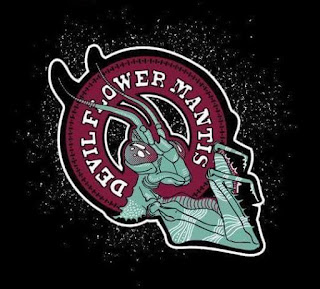 "Devil Flower Mantis" is exactly what you would expect from a band plying its trade within the Greek underground rock scene, a delightfully addictive EP chock-a-block full of raucous refrains, groovalicious rhythms and ear catching melodies, an EP full of songs that manage to hit the inner ears sweet spot with unerring accuracy time after time.