Greece, the country that never stops giving, has just delivered yet another band for us to slaver and drool over, the band in question goes by the name of Dendrites and deal in a heady mix of southern swagger and good old balls to the floor hard/stoner rock. The band, Thanasis Timplalexis (vocals, guitar), Giorgos Alexiou (guitar ), Alekos Papathanasiou (bass) and Dimitris Amvrazis (drums),have shared stages with the likes of Planet of Zeus, 1000 Mods and Nightstalker and have just released their first full length album "Grow" 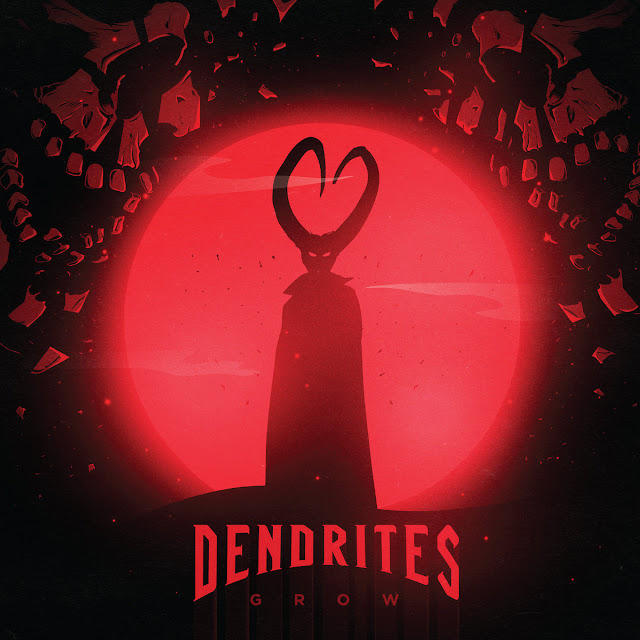 Beginning your debut album with a song entitled "Get The Fuck" is going to get peoples attention but Dendrites are not the sort of band to court controversy just for the sake of novelty, this is a song that is making a statement and that statement is this is what we do if you don't like it then "get the fuck out of my way" "Get The Fuck" also namechecks a certain Mr. Dimebag Darrell in its lyrics which is quite apt considering Dendrites plough a similar southern metal furrow to that of the late guitarists band Pantera. Greece seems to have embraced the whole "southern metal" thing tighter and harder than any other country outside of the sub genres USA home base and Dendrites are no exception, there is an authenticity to the bands metallic rebel yell that if you didn't know better could have you believing you are listening to a band birthed from the swamps of Alabama or New Orleans rather than from Vólos, Greece. Southern rock/metal needs to have a certain amount of swagger to its grooves and there is plenty of swagger to be found on "Grow" as well as a fair share of bluster and crunch., Timplalexis and Alexiou's two guitar assault combining with the enormous grooves, provided by Amvrazis' drums and Papathanasiou's bass to build the perfect hook for Timplalexis to hang his gritty clean vocals on. The band also know a thing or two about how best to pace an album, balancing their more raucous attack on songs like "Throwing Rocks" and "River" with a more considered, but no less heavy, approach on songs like "Dreamhouse Pts 1 & 2" and "Snake Oil Merchant" with the latter possessing an almost grungy dynamic. 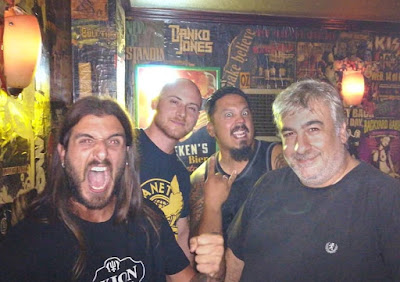 If you want to hear an album of authentic sounding swaggering southern tinted metal that wasn't birthed from below the Mason-Dixon Line and doesn't sound contrived or fake then you can't go far wrong than wrapping your ears around Dendrites debut album "Grow", if you don't then.... GET THE FUCK OUT OF THEIR WAY!
Check it out ….