The power of an albums artwork is something that one should never underestimate, if it was not for the cartoon image of a shapely cow -girl in hot pants, thong just visible, outside of a seedy saloon I may never of discovered German duo Choke The Palm Tree and their excellent second album "Hoax".That may say a lot about me also but let's not go there at the moment! 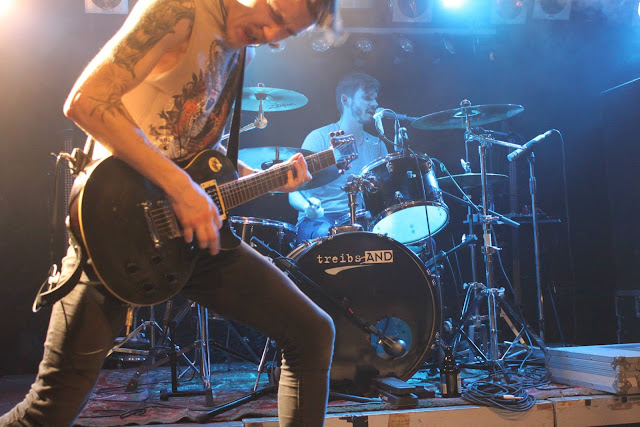 Choke The Palm Tree are Fabian Kunze (vox/guitars) and Roman Riemann (vox/drums) and hail from Pansdorf, Germany dealing in stoner/sludge grooves inspired by Kyuss, Baroness as well as all the usual suspects. The band, as well as releasing the aforementioned  "Hoax"  (2013) previously released "Stone or Rock" (2011) with both albums being quite well received within the stoner/doom and psych community. the band have now released their third album "The Clearing" via Bandcamp. 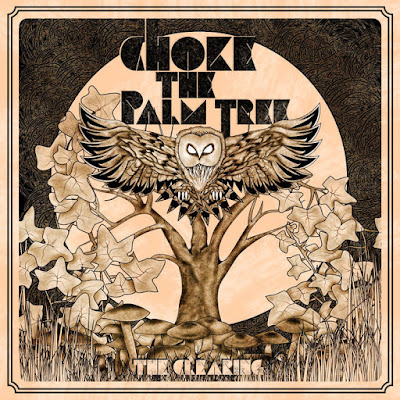 "The Clearing " sees Choke The Palm Tree continue on their path to world domination by tightening up some of the looseness of the two previous outings and adding a touch of melody that although was evident on both "Hoax" and "Stoner or Rock" is ramped up somewhat on "The Clearing"
"Olympus Mons" opens the album and highlights the bands unique ability to blend  hard/stoner, fuzz drenched, melody with intense sludge metal brutality, finding a middle ground between the two without compromising either. The songs slightly indie like clean vocals are offset with chainsaw riffage and precise and thunderous rhythms giving the song a unique swinging groove.
This theme of accessible stoner meets hard edged sludge continues throughout the albums eleven tracks with highlights being the excellent "The Bell" with its stuttering, stop start riff and infectious percussive nuances and "The Goat" with its more straight forward foot to the floor stoner grooviness. CTPT step outside of the box on a regular basis throughout the album especially on closing track "Gargantua" its angular and shifting tempos aligned with a harmonised vocal that is almost nursery rhyme-ish in delivery. In fact there is not a track on "The Clearing" that does not have some aspect of quirkiness or off-kilter edginess within its grooves and it is this combined with the high level of musicianship and strong songwritting that make this album such an exciting and interesting listen.
Posted by Desert Psychlist at 13:05