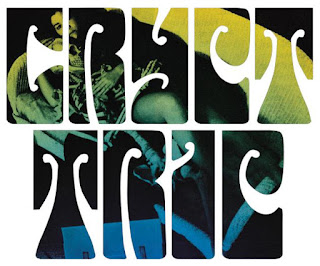 A three piece band from Texas who play blues based rock'n'roll, surely this is a story we have all read before? Well you might think so except these guys are from Dallas not Houston and none of them have appeared in a Nickleback video!
Crypt Trip, as mentioned earlier, are from Dallas, Texas and came together in 2013, the following year the band released their self-titled album to rave reviews. Sam (bass), Cam (drums) and Ryan (guitar, vocals) have since continued working hard rehearsing, gigging, writing songs and have just released "Mabon Songs" a three song EP. 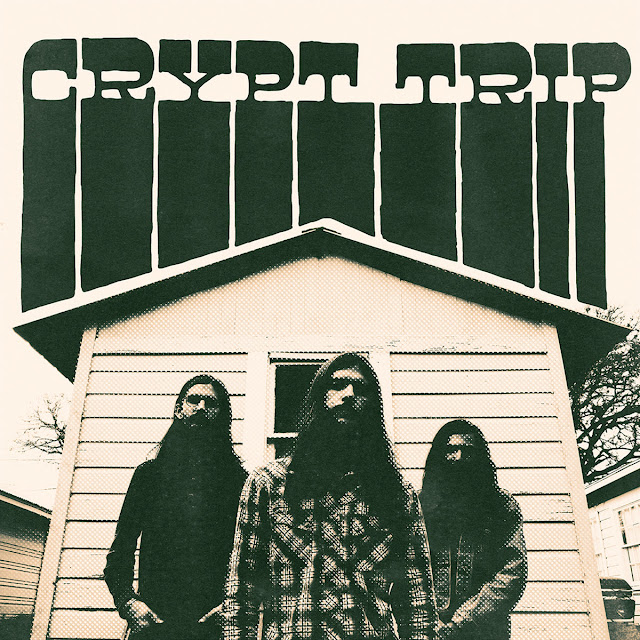 "Natural Chylde" erupts from the speakers, a thrumming distorted bass line bolstered by shimmering percussion, over which a funky, choppy wah drenched guitar riff is then laid. This riff  trades back and forth with the songs catchy guitar motif before the vocals kick in. The vocals are clean and bluesy in a Peter Green (Fleetwood Mac) way and although brief add to the late 60's early 70's proto/retro feel that permeates throughout. After this short vocal interlude the song reverts into an extended jam section with the rhythm section laying down a storming groove over which the guitar swoops and swirls in a scintillating display of guitar virtuosity. Vocals briefly reappear before the songs taken to its close with a gloriously funky outro.
"Tears of Gaia" keeps its foot on the retro pedal and see the band throwing a few early Deep Purple- ish  chord progressions into the mix, albeit with an up-tempo stonerized twist. Lyrically more complex than the previous track, the vocals are again clean and speak of ancient forests, evil rites and toxic mists, something that fit perfectly into the proto-blues groove the band are so adept at re-creating.
"Mabon Song" closes the EP with a short part acoustic instrumental number. Gentle acoustics are strummed/picked against a heavily effected electric guitar overlay. Short, pretty and fragile sounding it shows that these guys have more than one string to their bow.

If your a fan of the retro/modern, hard/stoner blues rock of bands like Graveyard, Kadavar and La Betre then you cannot go far wrong by checking out Crypt Trip
Posted by Desert Psychlist at 15:33