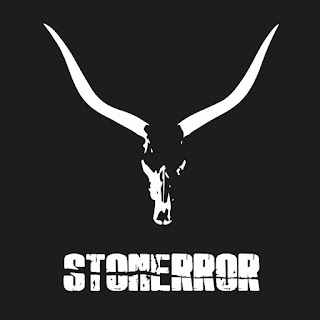 Stonerror describe themselves, among other things, as a "psychedelic/stonerpunk band" and I have no arguments with this except to add the words "a, very, and good" in front of that description.
The four piece of Jarosław Daniel - guitar, Jacek Malczewski - bass, Łukasz Mazur - vocals and Maciej Ołownia - drums were formed in 2015 in Krakow, Poland and name Kyuss, QOTSA, Sabbath and The Stooges among others as factors for shaping their sound and groove. Despite only being together a short time the band felt it was time to get something down on tape, something tangible to represent what the band were all about and so this year released their debut EP "Rattlesnake Moan". 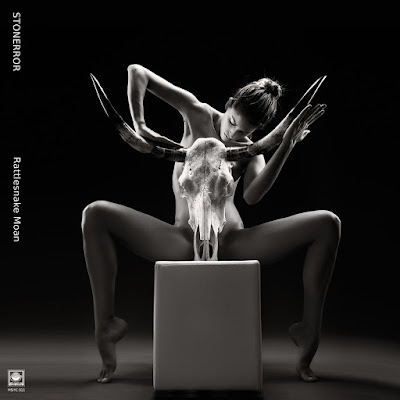 "Rattlesnake Moan" is an EP that will no doubt be embraced by those that enjoy their grooves a little sandblasted and gritty, those that worship at the altar of Josh Homme and his cohorts but there is much more buried here among these five cuts than just Kyuss homage. Stonerror bring elements of space, folk and even a little punky hardcore, to the table, adding an air of eclectic diversity to this mix of stoner fuzz and desert grit. The EP consists of  four well written,, original songs of which the title track "Rattlesnake Moan" stands out as the highlight, it's tribal drumming and, almost, Celtic groove giving it an almost epic doom feel that is further enhanced by its wonderful ambiguous lyrics and clean slightly gothic vocal tones. Coming close second is the opening track "Jericho" a track that builds from humble beginnings into something spectacular, touching base with elements of space, psych and sludge on its glorious journey. The band even throw in a Beatles cover... "Tomorrow Never Knows" takes Lennon and McCartney's song, adds a soupcon of fuzz and distortion a pinch of Hawkwind-like swirl and perfectly updates the Fab Fours 60's ode to psychedelia for the here and now. 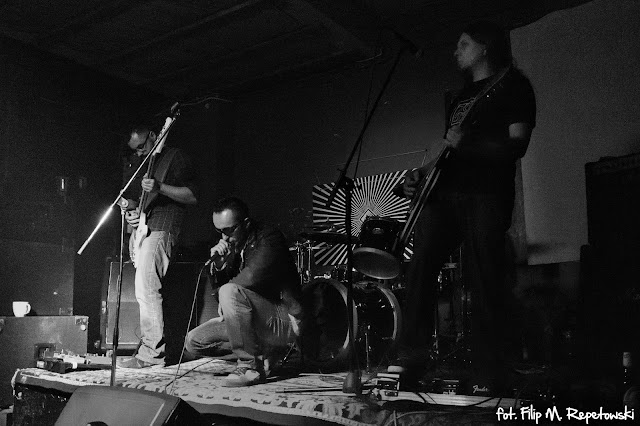 All told "Rattlesnake Moan" is an exciting debut that although a little raw in places nevertheless promises great things for the future.

Posted by Desert Psychlist at 16:04