"Four tracks of the sleaziest,dirtiest in your face rock'n'roll since Axl & co reared their dirty faces.Wonderful! "...These were the words Desert Psychlist wrote on the bands profile page back in 2012 after hearing the bands debut EP "Summer Girls", a raucous, almost glam metal, brand of  grind and sleaze that recalled those heady late 80's/early 90's days of big hair, spandex and eyeliner. Five years have passed since the release of that EP and although there are still elements of that Sunset Strip sound to be found within Super Snake's grooves the bands latest release "Leap of Love" proves to be a whole different animal. 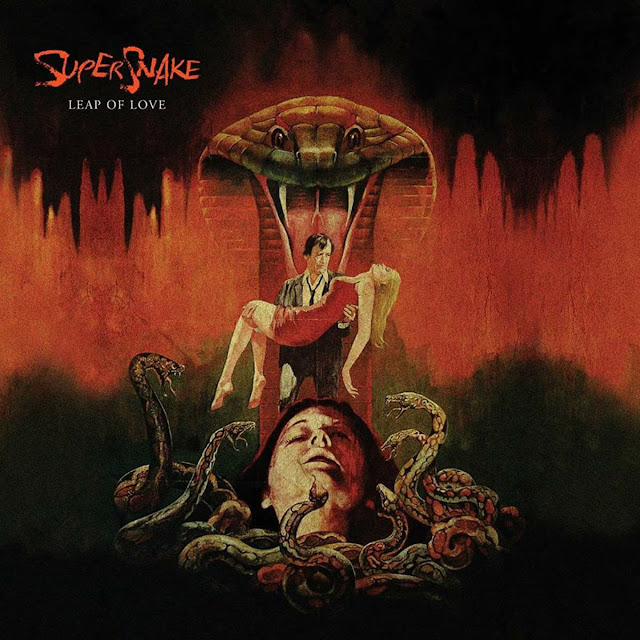 Whether the band have been mixing with musicians from the more extreme edges of the music scene or its just a natural progression but there is a darker edge to the grooves that make up "Leap of Love" and its an edge that sits easily on the ears. The swagger and cock-sure arrogance that was the staple of the bands previous releases still rears its head on songs like "Hot Pavement", "Get Lost, Be Mine","Dreamcoated" and "Big Seize" but are tempered by elements of psychedelic texturing and hazy vocal melodies. Where Super Snake really show a new found  maturity though is on those songs where the band step slightly outside of themselves and take a leap into newer more experimental territories such as on the reggae tinted "Spirit Cave" the occult-lite " Lavish Sum of Dread" and the psych drenched and slightly doom-ish "Take My Breath" pulling elements of other genres into their gritty sleaze drenched grooves and stamping their own identity on them. 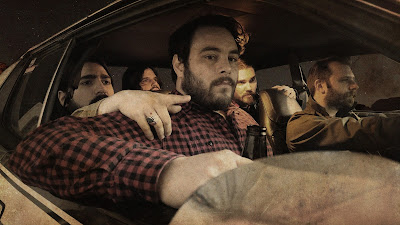 There is always room for a bit sleaze and glamour in  rock music and Super Snake deliver that in spades on "Leap of Love" but they also show they are more than just a raucous rock'n'roll band ...they are also intelligent and an innovative one too.
Check 'em out ....

Posted by Desert Psychlist at 04:31