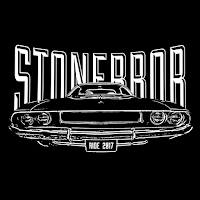 Stonerror pushed all the right buttons with the release of their debut EP "Rattlesnake Moan" prompting Desert Psychlist to describe it, within these very pages, as "an exciting debut that although a little raw in places nevertheless promises great things for the future". The band, Jarosław Daniel - guitar , Jacek Malczewski - bass, (voice on "Misbegotten"), Łukasz Mazur - vocals and Maciej Ołownia - drums, with a little help from Maciej Cieślak - guitars, keyboards, and percussion and Marcin Lisak - guitar on "Blues for the Red Sea"
have now delivered on the potential shown on that EP with the release of their first full length album "Stonerror". 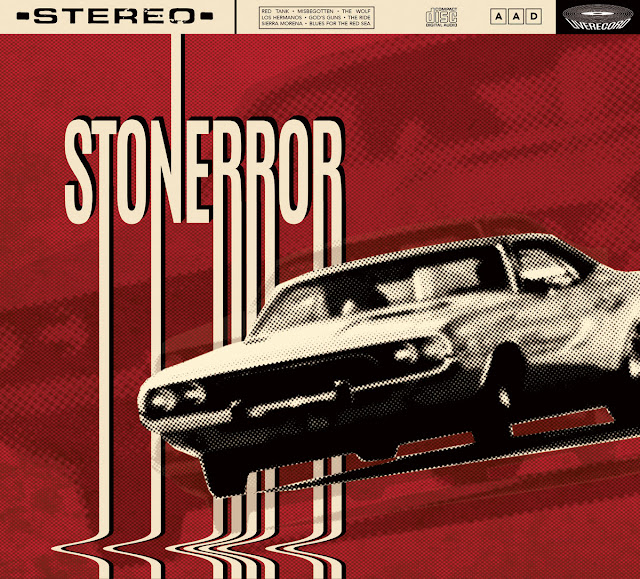 Those raw edges found on "Rattlesnake Moan" have on "Stonerror" been sanded down a touch but have been done so without compromising any of the edgy grittiness that made that EP such joyous and essential listen for those fans of the stoner/desert persuasion. The Kyuss/QOTSA - like grooves, that were an integral part of the bands sound on the debut EP, are still there in abundance but are tempered with elements of psych, blues, alt/grunge and old school hard rock textures. combining to give the album a far more interesting and diverse feel. Songs like "Red Track", "Misbegotten" and "The Wolf" continue the bands tradition of jamming dusty desert grooves coated in clean melodic vocals over hard driven rhythms but it is when the band step outside of the restraints of their desert/stoner roots that things start to get really interesting. On   "Los Hermanos" the band experiment with elements of mood and atmosphere utilising a slow burning Colour Haze-esque groove over which hushed ,almost whispered, vocals are delivered, the song undulating between quiet passages of eerie otherworldliness and heavy stoner groove before finally finishing on a lone guitar motif and fading to silence.Not content with this the band even throw a little folky colouring into the mix with the delightfully sublime and eclectic "The Ride" pouring Wishbone Ash -like vocal melodies over a mix of acoustic and electric grooviness The psych drenched final track "Blues for the Red Sea" sees Stonerror exploring their lysergic side, the bands initial stoner/desert groove, populated with driving rhythms and reverb soaked vocals, suddenly taking off into full on instrumental mode with swirling Hawkwind-esque keyboard effects swooping back and forth over a  backdrop of tumultuous drumming, boneshaking bass and acid tainted guitar colouring before finishing on a wave of  glorious swirling, swooping noise. 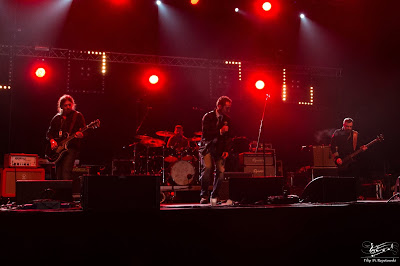 "Rattlesnake Moan" was an EP made by a band trying to find their feet in a scene populated by giants, "Stonerror" sees that band standing on those feet and now staring those giants square in the eye
Check 'em out .....

Posted by Desert Psychlist at 05:39