We at Desert Psychlist were reared on diet of classic metal and hard rock, the soundtrack of our youth was the heavy bluesy rock of Led Zeppelin, the proto-doom of Black Sabbath and the organ fuelled grooves of Deep Purple as well as those bands that didn't quite reach rock music's upper echelon like Budgie, Stray, Buffalo and Hawkwind. It is not surprising then that when we hear something that harks back to that golden era we jump on it and jump on it hard!
Mamvth, Law (vocals); David “Deibiss” Arca (drums); Karlos (guitar) and Jesús (bass), hail from Spain and came together in Madrid in 2016 bonded by a love of 90's era stoner rock and 70's hard rock. The band first came to our attention via their self-titled demo/debut EP "MAMVTH"  a release that saw the band mixing elements of bluesy vintage rock with its more fuzzy cousin stoner/desert rock managing to avoid the pitfall of sounding overtly "retro" by adding into their sound elements gleaned from today's, ever reinventing itself underground, scene . "MAMVTH" being a demo is a little hard to lay ones hands on now but thankfully, with the exception of "You Should Believe Me", all the tracks on "MAMVTH" appear on their recently released "official" debut "The Fog". 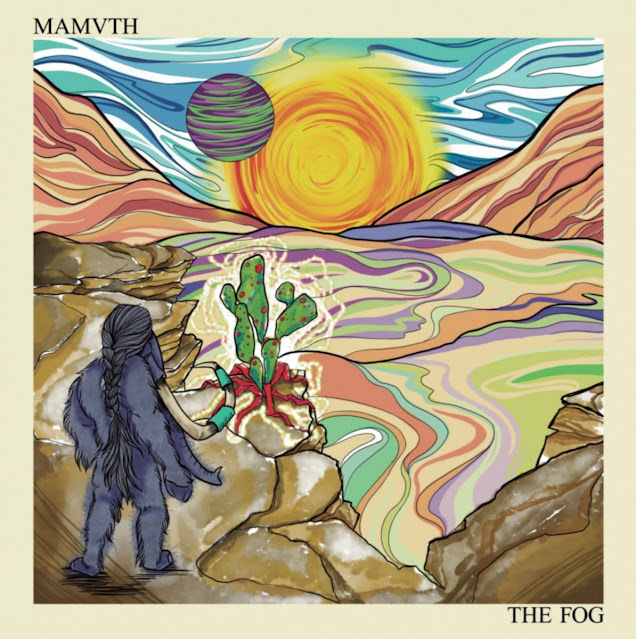 If you are coming to this "The Fog" expecting the type of thunderous heavy bluesy hard/stoner rock of say a Thunder Horse or a Kingsnake then you are sort of in the right place but not quite, yes there is plenty of  fuzzy swagger to be found among the ten songs that make up Mamvth's debut but there is also a leaning towards a more authentic sounding early 70's proto-metal sound. Punchy and uncomplicated is the best way to describe Mamvth's sonic attack, they are a band who don't overplay their hand and don't need to because they know what works for them and execute it to perfection. It does help their cause that in Laws they have a singer with a powerful distinctive voice, her slightly accented vocals soar with bluesy power over the superbly executed grooves of classic flavoured rock that surround them and in the spaces between her upper and lower register she serves up a gender blurring tone that has surprising shades of the late Burke Shelley (Budgie) in its delivery, especially on the excellent "Fire" and the superb "B.L.U." . All in all there isn't a duff track to be found on this delightful album, we are not talking boundary pushing grooves here just good old fashioned hard rock that'll put a smile on your face and leave you feeling damn good about the world. 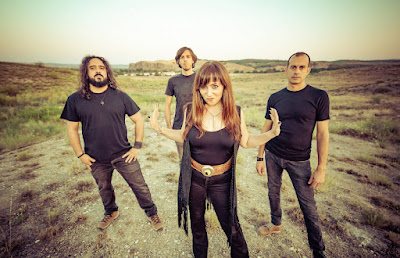 Posted by Desert Psychlist at 12:35