Desert Psychlist has discussed in detail on these pages of the high regard we have for the music coming, in what seems a constant flow, from bands that populate the Polish heavy scene, well here's another one to add to your list.

Moonstone are Wiktor Kozak (bass); Kacper Kubień (drums); Jan Maniewski (guitars/vocals) and Volodymyr Lyashenko (guitars), the band first came to Desert Psychlist's attention via their excellent 2019 self-titled debut "Moonstone", a collection of five songs residing very much within the canon of stoner doom, unfortunately a lot has gone down in the world since then and its been almost two years since we have had anything physical from the band to wrap our ears around but earlier this month that wait came to an end with the release of "1904", a release consisting of two lengthy tomes that'll blow your mind. 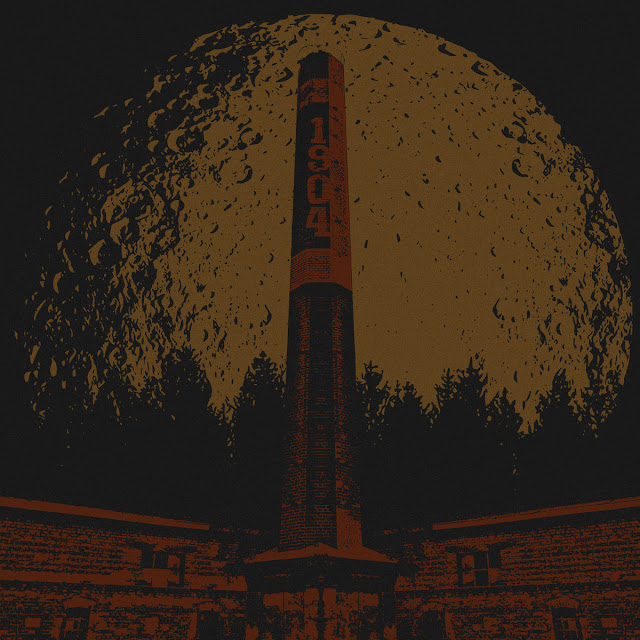 First track out of the bag "Magma" opens with a delicious and dirty bass motif over which sampled narrative and piercing guitar feedback screams before the drums come in and take us into the songs first strident riff, however this being doom of the stoner variety its not long before the songs initial riff is replaced by something slower. lower and heavier. This sudden change in dynamic also heralds in the songs vocals which are delivered in clean monastic tones and give this section of the song an almost ritualistic/religious feel. The track then goes back into a variation of its initial riff before once again slowing down for the vocals to come in again. To be totally honest Desert Psychlist would have been quite satisfied if the song had ended there but there is more to this band than just a few riffs and a monotonic vocal and so suddenly we are presented with a period of laid back and languid post-rock ambience where glistening arpeggios and sharded chords rub shoulders with liquid bass lines and restrained percussion, this section of the song slowly building in momentum before exploding into an almost thrash-like groove, enhanced by swirling guitar textures, to take it to a close. Second track, "Spores",  plays its cards a little differently to its companion by beginning its journey in ambient post-rock territory and only then progressing towards a heavier dynamic, when the track does finally explode it does so accompanied by a much more forceful and less monastic vocal. But hold on we are not quite finished yet as the track then takes another turn and this time we find ourselves hurtling towards the Sun on a spaced out groove that owes as much to Hawkwind as it does to Black Sabbath, Sleep or Electric Wizard, with growling bass and thunderous drumming the engines driving the groove from which scorching guitar solos fire off in all directions like  "C-beams glittering in the dark near the Tannhauser gate" (quote from Blade Runner) 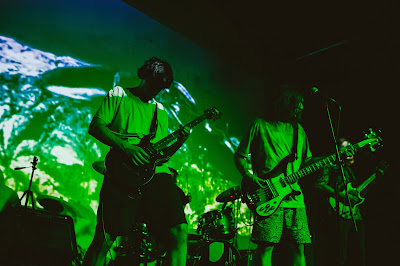 "1904" marks somewhat of  an evolution in Moonstone's sonic development, the heavy reverberating riffs, thunderous rhythms and monotonic vocals of their debut are all still very much in place but the band have also added to their musical palette elements drawn from post-rock and psych and in doing so have given their grooves a much more expansive and at the same time immersive feel.
Check 'em out .....

Posted by Desert Psychlist at 11:50