Treading a line between what has gone before and what is of the now can be hard trick for a band to pull off , the balance of old school values like melody and songcraft with the swagger bite and full on attack of more modern era rock is precarious, too far one way and you start to fall into retro/mainstream territory too far the other way and you start to look and sound like your trying too hard to be something you are not completely comfortable with being. Kevin McNamara (vocals); Michael DiDonato (guitars); Scott Frassetto (drums and percussion) and William Miller (bass), the guys that make up Philadelphian quartet The Age Of Truth, do not have that problem they are a band who will readily admit they draw from the past but will also tell you that they do so in order to make music that is relevant to the here and now, something they demonstrate to great effect on their second full length album "Resolute". 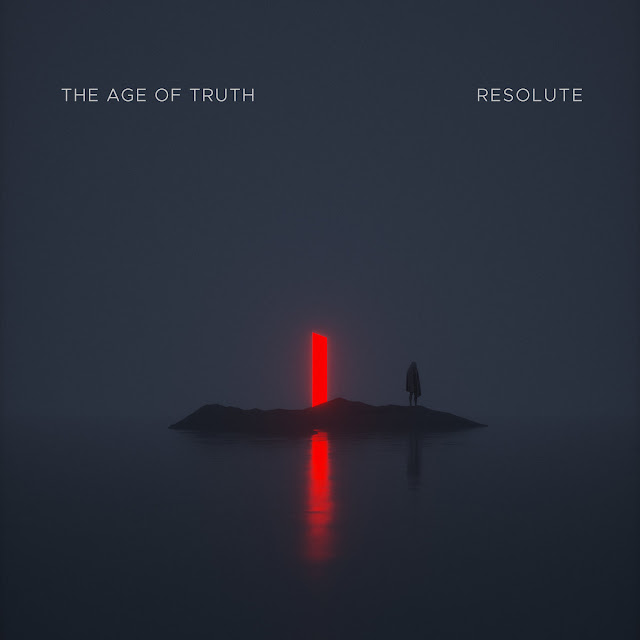 Soulful, bluesy and melodic are all words you could use to describe The Age Of Truth's sonic onslaught but you could easily just as well use words like heavy, blustering and metallic as a description because The Age Of Truth are that band who bring it all to the table. This is a band who will appeal not only to the stoners and doomers who frequent the underbelly of the rock scene but also those mainstreamers above ground sporting their Greta Van Fleet tees and those still stuck in a time warp who never listen to anything that came out after 1978. In other words The Age Of Truth are all things to all men and women and anyone in this day and age who might fall between. On songs with titles like "Palace of Rain", ""A Promise of Nothing", "Salome" and "Return to the Ships" the band bring not only the crunching refrains and thunderous rhythms of the underground rock scene, in all its various guises, but also the sort of dynamics that many might consider to be of a "classic rock" flavour, combining these elements behind a vocal that in its upper register has a howling rock god type timbre and at its lower end has a touching weary soulfulness. 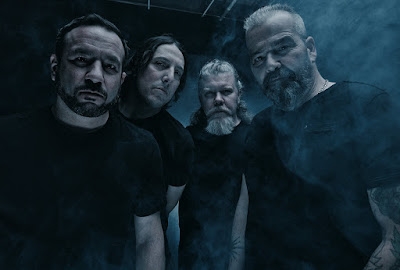 The Age Of Truth's "Resolute" is a stunning collection of songs guaranteed to remain in the memory long after the last note has faded into silence, an album, like those classic albums of the past, that you will want to come back to again and again and again. This is essential listening!!!!!
Check it out .....
© 2021 Frazer Jones
Posted by Desert Psychlist at 18:15