"For fans of classic science fiction and supermassive riffs" screams the legend on sci-fi obsessed quartet Planet of the Dead's Bandcamp page and just one listen to their latest album "Pilgrims" will confirm the validity of that statement. If you had the privilege of hearing the bands debut "Fear of a Dead Planet" you will already know that Planet of the Dead, Mark Mundell (vocals); Malcolm McKenzie (guitar); Kees Hengst (bass) and Josh Hussey (drums), have a sonic attack made up of a heavy and loud blend of swampy sludge and gnarly stoner metal informed by themes gleaned from sci-fi comics, films and novels, new album "Pilgrims" is no different except this time around maybe just that little heavier, that touch gnarlier and that much more sci-fi obsessed. 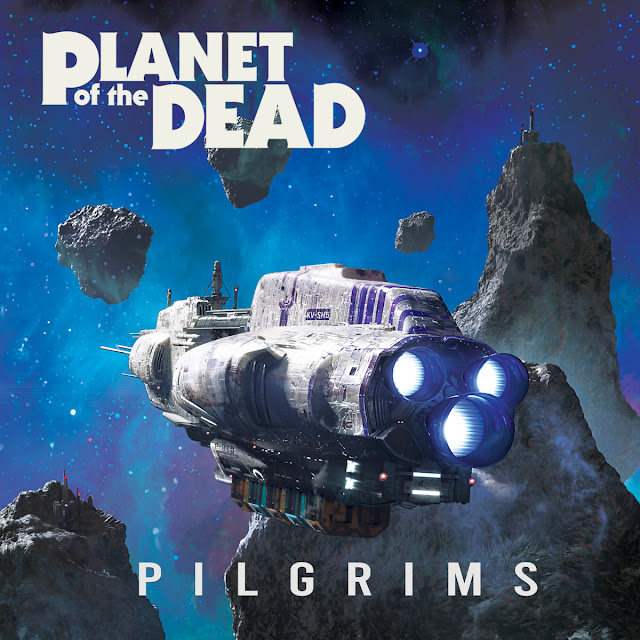 Let's get one thing straight here and that is subtlety is not big on Planet of the Dead's list of priorities the Wellington, New Zealand combo like to hit hard and ask questions later, this is not to say that their grooves are full on and in your face at all times, there are times when they do take their foot from the metal and ease off on the gas, but those times are few and far between. There is nothing wrong with grooves that sit fairly constantly at the full on and heavy end of the groove spectrum, after all its worked pretty well for PotD's Australian neighbours AC/DC, but a little contrast can certainly help now and then and that contrast is provided here, amongst all the down tuned riffage and thundering rhythms, by the odd forays into spacier heavy psych territories, these moments are rare but they do serve to break up the intensity of PotD's sonic onslaughts and in doing so they provide a much more rounded and enjoyable listening experience. Musically the bands sound is closer to a stoner rock/metal dynamic than it is to doom or sludge, the bands overall sound on songs like title track "Pilgrims", "The Sprawl", "Directive IV" and "The Great Wave" is one of heavily fuzzed out raucousness rather than one of crushing over-distorted brutality, the bands sludge factor (if you can call it that) comes not from the tones of its guitars and the power of its rhythms, which are both immense, but from the thick semi-guttural attack of it vocals, front man Mark Mundell possessing the sort of bear like growl that would send seasoned woodsmen running for the shelter and safety of their cabins, it is this voice those tones and those rhythms combined with those rare moments of subtle cosmicness that make this album such a trip and a "pilgrimage" well worth embarking upon. 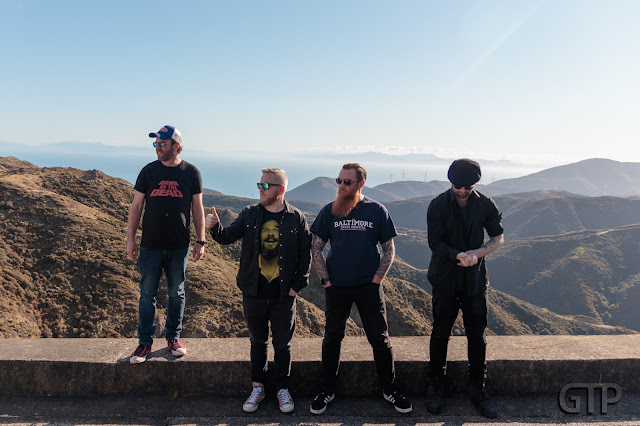 "Pilgrims" is an intense, heavy and powerful album but one that doesn't take its heaviness and intensity to such ridiculous levels that everything just becomes an unlistenable onslaught of brutal noise, Planet of the Dead make music that will appeal not only to those who like their grooves sitting precariously on the edges of the extreme but also to those who like their heaviness a little more accessible.
Check 'em out ....
© 2021 Frazer Jones
Posted by Desert Psychlist at 22:25