We have a friend on social media who will not entertain anything that carries a tag that says grunge or alt-rock, many have argued with him that he is missing out on a vast catalogue of music he would probably really enjoy if it was labelled as something else, especially as he has a huge love of stoner rock, doom and psych, elements of which can all be found on most releases in the grunge/alt-rock genre. No matter what we say though his position will not be shifted so sadly "Terraform" (Stolen Body Records), the latest release  from Bristol three piece Yo No Se, will probably never grace his ear space.... his loss though is most definitely our gain. 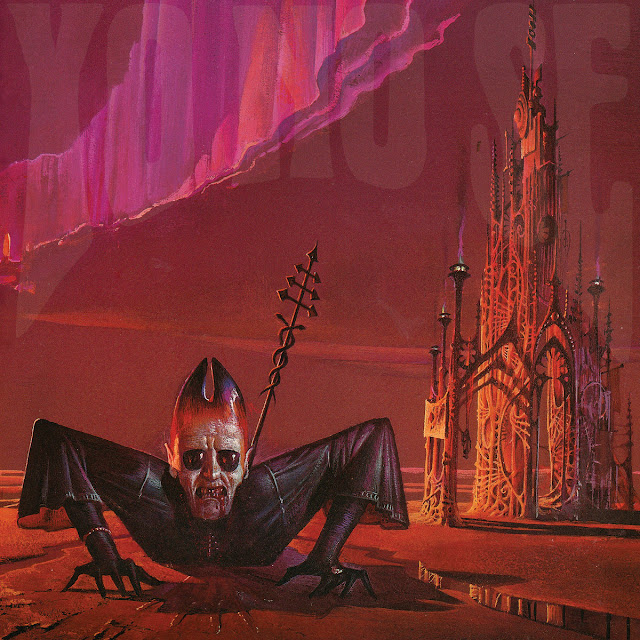 To be fair Yo No Se are far more than just your average grunge/alt-rock band, yes they do have, in Alex Struder, a vocalist/guitarist who employs a Cobain like sneer(ish) tone in his vocals and yes there are occasions when the band do revert to those tried and tested Nirvana-esque loud/quiet/loud dynamics but on the whole Yo No Se are probably closer to the quasi-punk stoner/desert rock of Nebula and Fu Manchu than they are to grunge's big hitters like Soundgarden or Alice In Chains. Having said this first track out of the bag "Black Door" is pure Nirvana worship and finds Struder chopping out slurred guitar refrains over a dark stuttering groove, expertly delivered by Jason Strickland (bass) and Matt Neicho (drums), that uses every grunge/alt-rock cliché in the book, Struder injecting all those little one note trills and bends at the end of a lick that were so much a part of Nirvana's overall sonic appeal. Things move towards a more stoner-ish dynamic for next track "Santa Muetre", here we find Struder crunching out grainy fuzz distorted powerchords over and around a strident hard rock groove before suddenly breaking into a short but perfectly executed guitar solo that is as dissonant as it is structured. And so it goes on throughout the album with Yo No Se serving up a series of short sharp sonic vignettes of a dystopian world, set somewhere among the stars, that are delivered in a mixture of styles gleaned from a wide spectrum of influences, songs that make their presence felt immediately rather than having the need to be grown into, an infectious mish-mash that  blend elements of punk, grunge, heavy psych and heavy rock together in such a way that actually sticking a tag or label on them becomes not only irrelevant but also nigh on impossible. 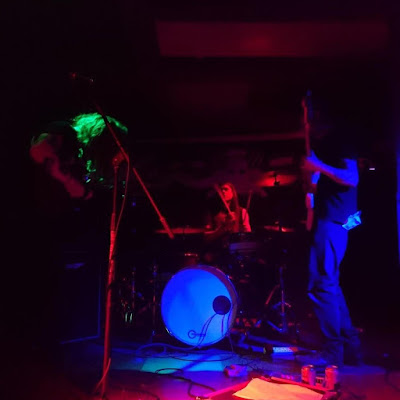 The point we were trying to make with our opening piece, telling of our friends distaste of anything labeled as grunge or alt-rock, is that tags are really only a guide we use to steer people towards something we may think they will dig given their buying/listening history. It is something all us writers, bloggers etc. have been guilty of at one time or another but the truth is we should strive to break out of the preconceptions those labels and tags impose on us and just listen to music with an open mind, at the end of the day there are really only two types of music and that is good music and bad music and Yo No Se's "Terraform", for us, falls into the former category.
Check it out ....
© 2021 Frazer Jones
Posted by Desert Psychlist at 03:14