Seems there has been a little trimming down going on within the ranks of North Carolina's Stonekind, the trio that made the excellent self-titled debut EP "Stonekind" have been pared down to a duo with only Jeff Ayers Jr. (drums/vocals) and Davis Templeton (guitar/bass) remaining from the original line up. The reasons behind this line up change are not clear at the time of writing this piece but those that dug the bands first EP will be pleased to hear that the music does not suffer at all from this change and if anything the new full length album "Spirit of the Void" benefits from that change. 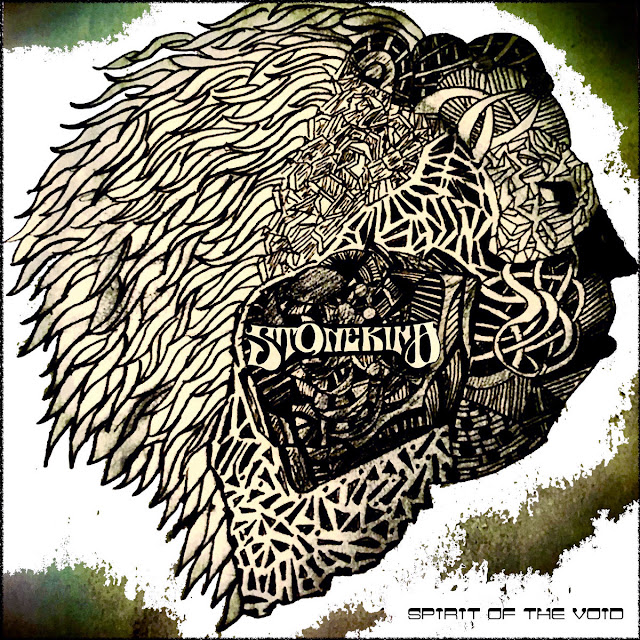 Most bands would kick off their debut album with something face melting and in your face but Stonekind buck that trend by beginning with "Ashes Pt. 1" a tranquil blend of arpeggiated guitar textures, wordless harmonies and and shimmering percussion that slowly gathers momentum along the way but never quite explodes, the band save that explosion for the second installment "Ashes Pt. 2" where the band slip into  a much more traditional sounding stoner(ish) groove that boasts some scintillating, brief but effective, guitar soloing pushed hard by industrious and thunderous drumming the results of which are decorated in a vocal that is a combination of smoothness, warmth and power. You will have already detected an air of proggish complexity about what Stonekind bring to the table with their music so much so that it soon become obvious that these guys are not the type of band to just jump on a riff and ride it into the ground, these guys can really play and they also know the importance of  melody and how to structure a song so as to maximize its sonic impact. This is no more better exemplified than on the albums title track "Spirit of the Void" a song that lyrically walks a fine line between a lament to loss and and a declaration of undying love while musically carrying an undercurrent of bluesy grunginess overlaid with a mixture of prog and post-rock textures. If things weren't confused enough "Nowhere's Home" introduces a little barber shop style harmonizing into the mix before shifting into a groove that is not exactly jazz but is nonetheless surprisingly "jazzy" while "Untethered" is just... well untethered! "Swamp Stomp" is up next, an  irresistible and addictive heavy blues workout with a sludgy stoner rock twist driven by Bonham-esque drumming and is followed by "Dust" a song that starts off with gentle acoustic picking and ends in waves of experimental noise. It's back to the heaviness for  "Behold The Stone" a mind-blowing mix of blues, prog-metal and good old heavy rock that gives no quarter and takes no prisoners. Stonekind may have began their debut album in low-key and restrained manner but they sure as hell do not finish it that way, "Nomadic" is an amalgamation of all that has gone before blended, mixed and squashed together in one huge tidal wave of groove that is both heavy and powerful yet retains a fluidity that belies its intensity. 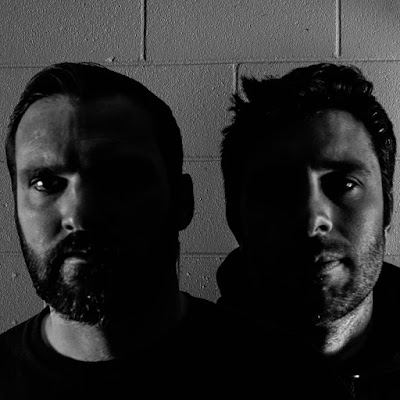 If you like a little prog-like convolutedness, a little bluesy swaggeration and a touch of  inner-city grunginess in your music but are also partial to things like melody, clever lyricism and intelligently structured songs then Stonekind could be the band for you and their album "Spirit of the Void" your album of the year.
Check it out .....
© 2021 Frazer Jones
Posted by Desert Psychlist at 13:16