We have been battling through a global health crisis that has taken an unprecedented number of lives, decimated economies and isolated many thousands from their nearest and dearest,  a crisis that we are still fighting on so many fronts. So then why, you may ask, would we want to listen to an album packed to brimming over with songs telling tales of misery and woe given the fact that we are currently surrounded by so much fear and uncertainty. Well the answer to that question is pure and simply that for some strange reason happy upbeat music really only cuts it for us as human beings in small doses and that even when we are at our lowest we still tend to gravitate towards music that is at the more depressive end of the emotional spectrum, why do you think the blues has endured as a musical form for so long. Austria's TarLung, Philipp "Five" Seiler (guitars and vocals); Marian Waibl (drums) and the appropriately named Rotten (guitars) have made misery and despair their signature dish and on their latest album " Architect" they serve up those emotions and feelings on a platter of metallic groove so heavy it would take a forklift to get it to a table 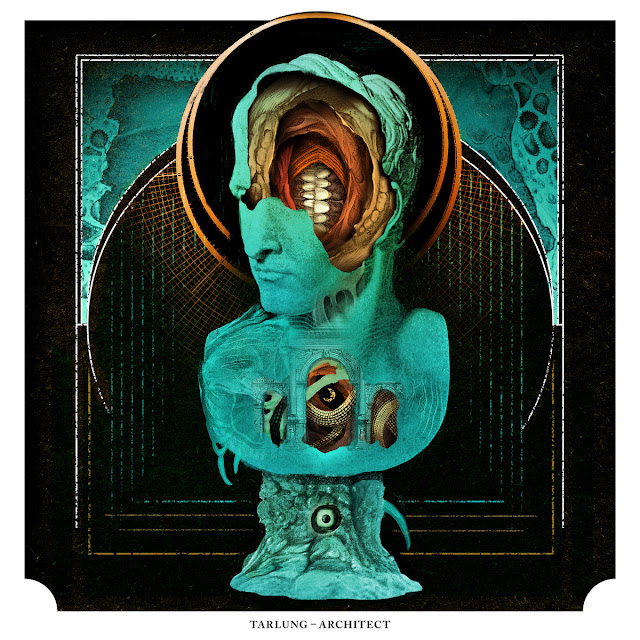 If you are familiar with TarLung's previous recorded output you will already know that the band are an extremely heavy sounding combo with a one foot in the swampy mire of sludge and the other in the dank fetid soil of doom so it might come as some surprise that they open their account on "Architect" with "Infinity" a song that begins its life with what is effectively a blues shuffle. Of course TarLung are no Foghat or Canned Heat and Seiler's thick syrupy growl is a million miles from being what you might call bluesy so it doesn't come as any great shock that things soon begin to move towards a heavier, denser dynamic but it does show that TarLung are no one trick ponies and that they are band unafraid to take chances and spring surprises. "Widow's Bane" finds TarLung in more familiar doomic territory with guitars crunching and drums pounding beneath a vocal that tells of  demise and sorrow and sounds like its being delivered from the deepest depths of the Earth and it is to TarLung's credit that despite its morbid subject matter and dank low slung delivery the band still manage to inject into this dark, heavy and deliciously dank dirge moments of stark if not conventional beauty. "Weight of Gravity" is as weighty as its title suggests while "Unthinkable" finds the band almost hitting into a conventional stoner metal  groove albeit graced with a vocal that is probably more Ordos than it is Orange Goblin. TarLung's third album ends its life with two absolute bangers in "Horses of Plague" and title track "Architect" the former a chugging riff monster that spits and snarls with malice and malcontent the latter a constantly shifting tome that melds together a variety of metal and rock styles, some of which are quite unexpected, yet still manages to retain the bands unique signature sound. 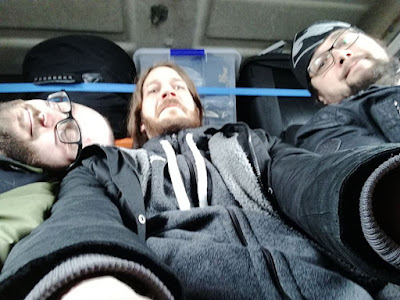 If you were expecting TarLung's usual sludgy heaviness to make its presence felt on new album "Architect" then you will not be disappointed however amidst all its downtuned riffs, thunderous rhythms and its vocals, that sound like the singer is performing his duties while gargling graveyard soil, you will find moments of clarity and brightness, granted those moments are few and far between but it is those moments combined with the bands downtuned doomic dynamics that make "Architect" TarLung's finest achievement to date.
Check it out ....
© 2021 Frazer Jones
Posted by Desert Psychlist at 14:00