Heavy riffs drenched in fuzz and distortion, screaming guitar solo's that soar and swoop over complex and thunderous rhythmic patterns and passages of unshackled free form improvisation are what we expect to hear when faced with anything bearing the tag "heavy psych" and France's Tremor Ama, Raphaël Guichard (lead vocals); Remi "Remitche" La Marne (guitar/backing vocals); Simon Leroy (guitar); Kévin Antunes (bass) and Maxime Lesage (drums/backing vocals), do not disappoint in any of those departments with their latest opus "Beneath", in fact we think they may well have gone above and beyond with this release 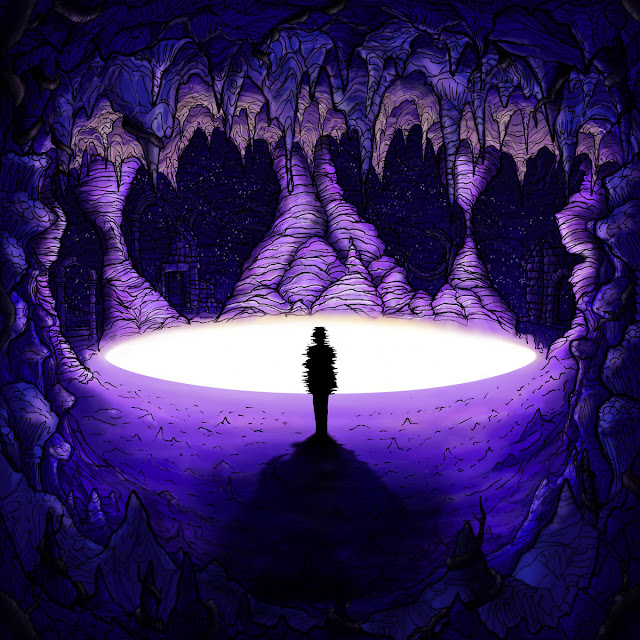 "Ab Initio" is the song that opens "Beneath" an atmospheric instrumental incorporating fractured chord progressions and heavily effected guitar arpeggios underscored by throbbing bass and piano, the song reminiscent in places of some of the more experimental musical explorations attempted by some of the lesser known UK goth/post-punk bands of the late 70's early 80's. Haunting and yet beautiful the song shifts seamlessly into following song "Green Fire" and here we get to experience the full force of Tremor Ama's sonic attack, the seeds the band planted with "Ab Initio" blossoming into something more substantial and powerful, the addition of Lesage's drums moving things towards a more heavier dynamic, a dynamic enhanced by Guichard's distinctive vocals soaring over the songs spaced out heavy psych groove in powerful dark majestic tones. There are no opportunities to catch your breath or shift your focus on something else for a few seconds with many of the songs on "Beneath" as one songs outro can cleverly segue into the next songs intro and so the last droning notes of "Green Fire" become the opening notes of "Eclipse". " Eclipse" and its follow up "Mirrors" finds Tremor Ama incorporating a little doom into their heavy psych, not so much so that we find ourselves wandering in the realms of the dark and the dank but just enough to show us that if this band decided to take that route then they are more than capable of following that darker path. Things are finally brought to a close with "Grey" a blustering musical monster decorated with yet another superb Guichard vocal performance, the song giving free reign for guitarists La Marne and Leroy to take a break from colorizing and texturizing Tremor Ama's grooves with their superbly applied stringsmanship and instead just going full out on a riff, Antunes deep growling bass and Lesage's feisty drumming providing the perfect platform for them to do so. 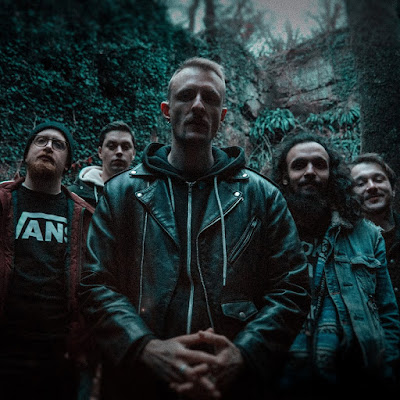 French bands are making their presence felt on our scene more and more these days and and one of the bands at the head of that vanguard are Tremor Ama, a band whose blend of heavy psych, stoner rock and metal is cleverly tinted with elements drawn from a wide spectrum of musical influences. It sometimes takes a bands a while to develop what we call a "signature sound" but in the space of just two releases Tremor Ama have developed theirs and its a signature scrawled right across each and every song on "Beneath"
Check it out ....
© 2021 Frazer Jones
Posted by Desert Psychlist at 13:18