The Covid-19 pandemic has had a major effect on the music industry with bands unable to tour/gig or even get together to rehearse, it has also had, to a minor degree, an effect on Desert Psychlist too. With so many bands out there with something to promote and a lack of avenues to promote those albums many have turned to blog sites and podcasts to push their wares which in turn has resulted in an absolute avalanche of review requests hitting DP's inbox over the last few months. This influx has resulted in us running late on a few notable releases that we would of otherwise have, in normal circumstances, reported on much earlier. One of those "notable" releases comes from a Greek three-piece from Athens going by the name Narcosis, Marios Kostas Pappas (guitar/vocals); Jon Toussas (bass) and Zois Giftopoulos (drums), who in April of this year (2020) released their second full length album "Leap of Faith" 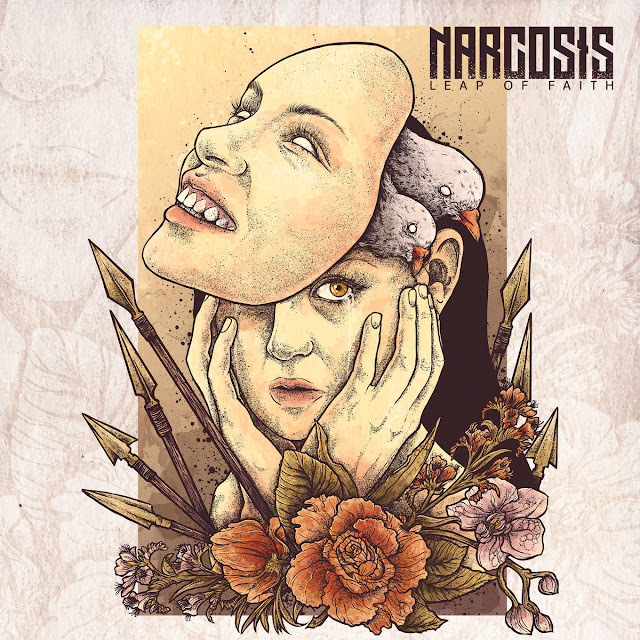 Unlike many of  the leading lights of the Greek underground scene, who take their influences from the hard rock of the mid to late 70's, Narcosis use the 90's as their muse. The 90's was a time when alt-rock/grunge bands were starting to make their presence felt on a music scene that was slowly divorcing itself from the mascara wearing glam rockers of  80's, it was also around this time that kids in the desert areas of  Southern California were wildly throwing their bodies around to something that the media would eventually dub "desert rock". It is these two styles of music, seamlessly and cleverly merged together, that forms the basis around which Narcosis have built their grooves resulting in a sound that utilizes the quiet/loud/quiet dynamics of the likes of  Nirvana, Alice In Chains and bands of that ilk and mixes them with the gritty drive and lysergic textures of bands like Kyuss, Fatso Jetson and Fu Manchu. Of course to make this merging of styles work you've got to have the songwriting and arrangement skills that can enable you to pull off this blending without sounding like you are trying to force the issue and Narcosis have these skills in abundance. Songs like "Emperor", title track "Leap of Faith", "Side Effect" and "Poison Cup" ebb and flow like waves breaking on a rocky beach, moments of quiet ambience and  gentle restraint suddenly shattered by crunching guitar riffs, growling bass and thunderous percussion both dynamics decorated in a mixture of smooth clean and grittily rasped vocal tones. 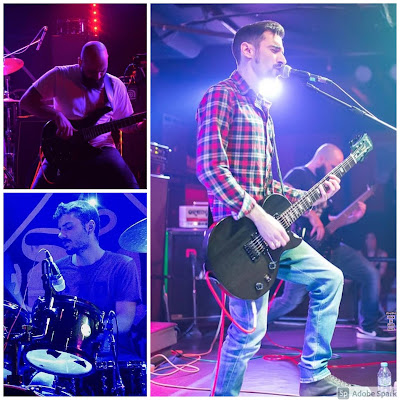 Psychedelic Stoner Grunge might not be a recognized tag or label but Desert Psychlist cannot think of a better description for the grooves that inhabit Narcosis' "Leap of Faith",  an album of grooves inspired by music from the 90's given a 2020's treatment.
Check it out ...
© 2020 Frazer Jones
Posted by Desert Psychlist at 12:02