Desert Psychlist is convinced some bands dream up their long names just to piss off journalists and bloggers, knowing full well that if they are lucky enough to get their album reviewed said journalist/blogger is going to have to type out their name  at least three times, minimum!
Giant Dwarfs and Black Holes, a collective from Germany consisting of Luzzi (vocals); Roland (guitar) Tomasz (bass) and Carsten (drums) are the coming together of two local German bands struggling with line up problems who decided the best way forward was to combine their talents. The result of this merging is a band with a sound that although rooted in doom has a unique and original sound quite unlike any other, as can be heard on the bands debut release "Everwill". 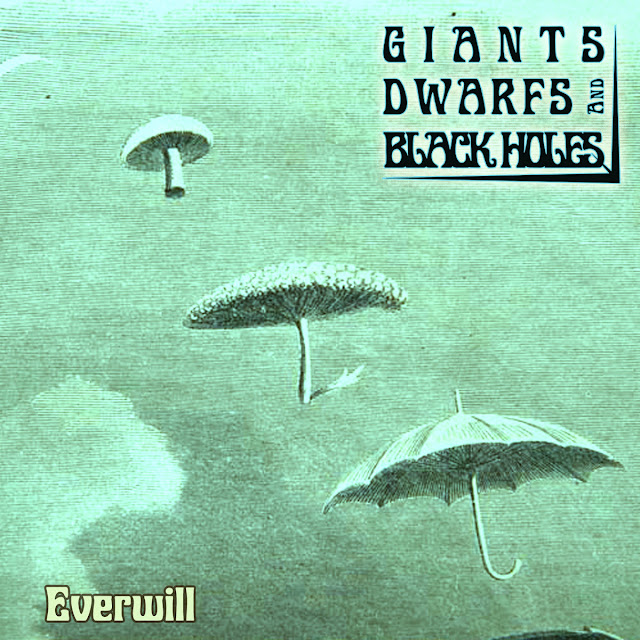 Psychedelic doom with a bluesy undercurrent is probably the best way to describe Giants Dwarfs and Black Holes sound but even then that would not be quite telling the whole story as there is a magic ingredient here that takes the bands sound out of the realms of ordinary and into the realms of something else, what that something else is Desert Psychlist is not quite sure of yet, but what we can tell you is that we like it, a lot! Maybe it's Luzzi's unique, distinctive and sultry jazz-flecked vocal tones that sets GDABH's sound ahead of the curve, maybe it is Roland's warmly fuzzed riffs, scorching lead work and ringing arpeggios that lifts songs like "Blood Moon", "December Bloom" and "In The Circle" to a place of musical excellence many bands would struggle to ascend to, or maybe its the combination of Tomasz's liquid bass runs and Carsten's solid and economical percussion that sets the band apart from the following crowd, we don't know, but whatever it is it works. 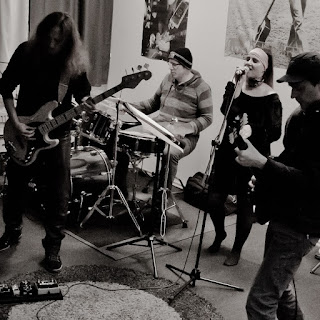 Listening to Giants Dwarfs and Black Holes' "Everwill" takes you to a warm place in your mind, it is an album that doesn't attempt  to pin you down with the weight of its heaviness but instead seduces you with its dark liquidity and subtle sensuality, in fact "Everwill" may well be the first, and possibly the ONLY, doom album you could make love to!
Check it out .....
© 2020 Frazer Jones
Posted by Desert Psychlist at 11:29