If you have ever watched a wild life documentary featuring a Honey Badger you will know that they are, much like their Australian equivalent the Tasmanian Devil, gritty mean fearless critters unafraid to take on animals twice their size. It is no wonder then that a band whose music is just as gritty and fearless might want to adopt the name for their musical endeavors.

Honeybadger, Dimitris Vardoulakis (vocals/guitars); Dimitris Giannakopoulos (guitars); Dimitris Υannopoulos (bass) and Vaggelis Oikonomou (drums/percussion), are four Athenians on a mission, that mission is to bring groove and melody back to a rock scene that has sadly seen a decline in those qualities over recent years. A mission needs a statement of intent, something to outline your aims, something your supporters can rally behind and say "this is what we want" and in the bands debut full release " Pleasure Delayer" Honeybadger have put together a manifesto that will have fans of good honest rock music flocking to their flag! 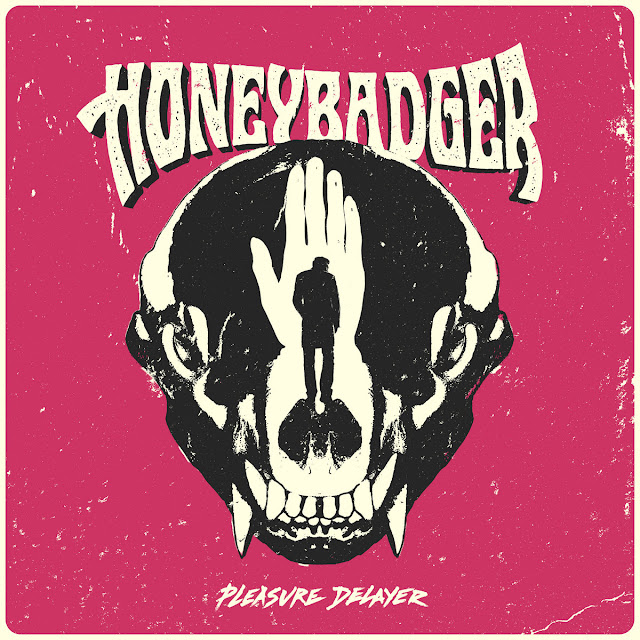 Let's get something straight from the outset and that is, despite the oodles of warmly fuzzed guitar refrains that drench each and every one of the eight songs on "Pleasure Delayer", Honeybadger are not what you would call your archetypical stoner rock band, yes there is plenty of grit and growl to be found in the bands songs but those aspects of the band sound are balanced out by them bringing an element of classic rock swing and bluesy swagger into their sound. Songs like "The Wolf", "Crazy Ride", "That Feel" and "Holler" are probably closer in dynamic to the hard rock of Coverdale/Hughes era Deep Purple or Bad Company than they are to the more stoner rock drive of an Atomic Bitchwax or a Clutch (both of whom Honeybadger cite as influences) in that they have a similar bluesy soulful undercurrent flowing through them. That soulfulness is enhanced by vocals that are strong, powerful and possess a depth of clarity that is somewhat of a rarity in today's underground scene, vocals rich of tone and dripping with feel and passion that are the perfect fit for the slightly 70's biased hard, not overly heavy, rock grooves that surround them. 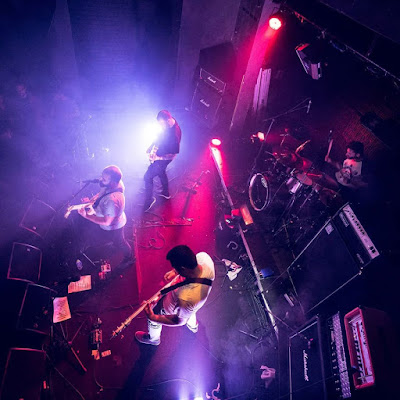 Desert Psychlist has probably bored our readers rigid writing about the depth of talent residing in Greece's towns, cities and its islands but, as if to prove a point, up pops yet another Greek band to, once again, assail our ears with quality rock music brimming over with both mightiness and melody. Honeybadger may have called their album "Pleasure Delayer" but there is no delay in the pleasure this little gem delivers.

Posted by Desert Psychlist at 11:54