SHANKAR ~ UNDER THE HUMAN STATE .... review

This may well be a first for Desert Psychlist, we have travelled around the world bringing you music from Australia to Iceland but today we bring you grooves from the worlds fourth most populated country, a collection of islands that sit between the Indian and Pacific Oceans, a place called Indonesia. The band in question are a four piece from Denpasar, Bali consisting of Adit (guitar/vocals); Gus Adi (guitar); Aditya Baskara (bass) and Yoga Aryawan (drums), who go by the name Shankar and who have just released "Under The Human State" an album that could be, for Desert Psychlist, one of the best albums released outside of Europe and The America's. 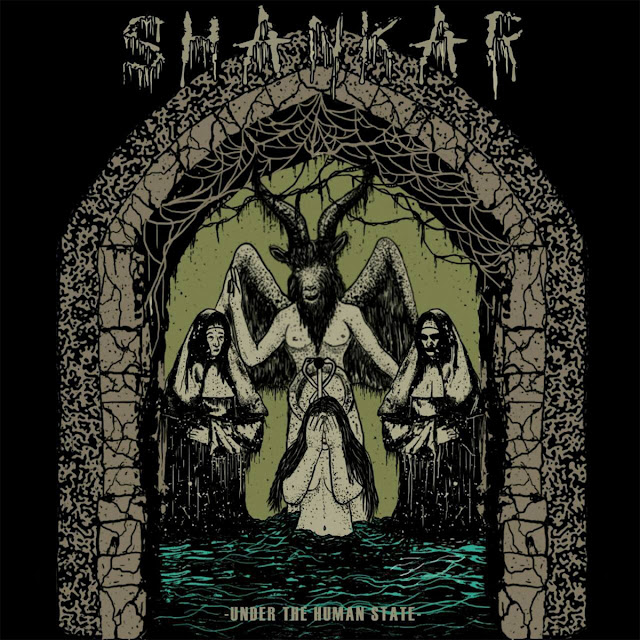 Some reading this review will already know that in the fields of traditional and extreme metal Indonesia has slowly been building a reputation, articles have appeared in such respected magazines as Kerrang and Metal Hammer extolling the many virtues of the burgeoning Indonesian metal scene. Indonesian stoner, doom and psych bands however have not faired so well, there are bands out there working in these fields but they don't seem to be getting the same exposure, Shankar could be the band to change that.
Fuzz drenched guitar refrains are of course the meat and potatoes of any band tagging themselves as  "stoner" and Shankar do not disappoint in this department, on songs entitled "Last Stand" "Darkest Haunted", "Savior of the Death" and "Beyond The Light" fuzz pedals are dialed to warm and grainy and are driven by a solid bedrock of deep rumbling bass and pounding, punchy percussion enhanced by a mixture of laid back and screaming blues edged guitar solo's.  As good as the musicianship is, and it is very good, what however will grab your attention more than anything else is the quality of the albums vocals, clean,slightly echoed and with barely a hint of accent they roar and croon in warm powerful tones over and around the doomic stoner grooves laid beneath them and in doing so take "Under The Human State" to a whole other level of aural enjoyment. 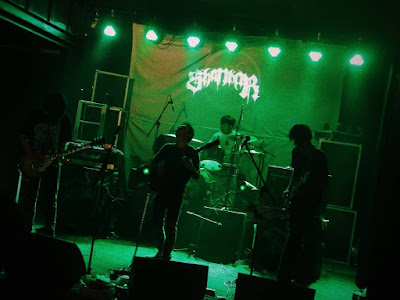 "Under The Human State" delivers four must hear to believe tracks of atmospheric heavy stoner groove underscored with elements of the type alt-rock and grunge you might expect to find gracing albums by Alice In Chains and Soundgarden. It's a little too early to start talking about end of year "best of " lists but at this point in time this one  from Shankar has more than a fighting chance of making ours.
Check it out …..